The e-commerce giant taps Square Capital to provide loans to its merchants.

Square (SQ -4.18%) recently partnered with eBay (EBAY -1.94%) to offer loans of between $500 and $100,000 to eBay sellers who want to grow their businesses. These loans can be used to finance a seller's inventory, payroll, marketing, and other needs.

The loans will be made through Square's financing arm, Square Capital, which was launched in 2014 to fund small businesses which often struggle to secure loans from traditional banks. Square charges businesses a "factor rate," a flat fee which is repaid over the life of the loan, instead of using average interest rates applied to outstanding balances. Square originally offered Square Capital to its own payment service customers but expanded those loans to other companies in 2016. 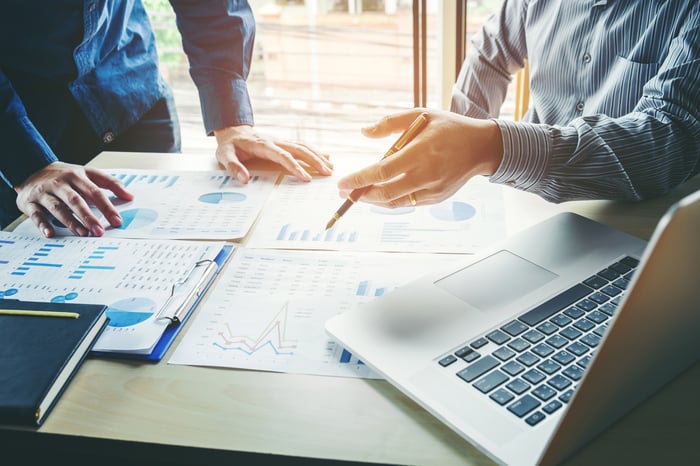 This partnership can be considered a blow to PayPal (PYPL -1.66%), which was once eBay's subsidiary. PayPal launched its own financing arm, PayPal Working Capital, back in 2013. It expanded that unit last year by acquiring Swift Financial.

However, eBay has been aggressively reducing its dependence on PayPal after spinning off the company in 2015. Earlier this year, eBay announced that it would replace PayPal as merchant of record with Dutch payments service Adyen by 2020. eBay's decision to partner with Square instead of PayPal seemingly complements that decision. Let's look at how the deal could help both Square and eBay.

How this deal helps Square

Square considers Square Capital -- along with Square Cash, Instant Deposit, and Caviar -- to be the core growth engines of its subscription and services-based revenues, which rose 131% against the prior-year period to $137 billion on an adjusted basis last quarter.

During last quarter's earnings conference call, Square CFO Sarah Friar stated that Square Capital had facilitated over $3 billion in loans to date. However, Friar believes that there remains "$80 billion of unmet small business demand for loans" in the market -- which could give Square Capital plenty of room to grow.

Therefore, partnering with eBay, which has over 25 million sellers, would be a smart way to boost Square Capital's growth. Square could then promote some of its other hardware and cloud-based services to those sellers as they evolve into small businesses customers.

How this deal helps eBay

eBay and competitor Amazon (AMZN -8.43%) run on different business models. eBay focuses on C2C (consumer-to-consumer) transactions, while Amazon focuses on B2C (business-to-consumer) ones. However, Amazon's aggressive expansion of its ecosystem into the digital and retail markets has left eBay in the dust over the past decade. 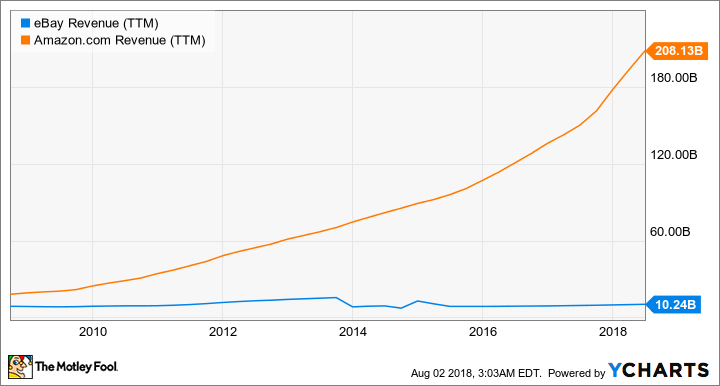 eBay might think (with good reason) that its dedication to C2C auctions is crippling its growth potential. Therefore, it makes sense to encourage its individual sellers to grow into small merchants, which could attract more buyers with more products. Partnering with Square to lock in small businesses would also widen eBay's competitive moat against Amazon's own platform for third-party merchants, known as Marketplace.

Providing loans to merchants would also help eBay counter Amazon Lending, which was established in 2011 to fund small and medium-sized businesses. Last June, an SEC filing revealed that Amazon Lending had loaned over $1 billion to about 20,000 of its merchants since its inception.

Which company will benefit more?

The partnership between Square and eBay should assist both companies, but it might help the former more than the latter. Square will shoulder more risk by providing loans for eBay, but it gains a chance to significantly expand Square Capital's reach.

As for eBay, it's unclear how many of its sellers actually want to expand their businesses into larger online stores. It's also unclear why those sellers wouldn't simply open larger online stores on Amazon Marketplace and borrow money from Amazon Lending instead. Therefore, time will tell if this partnership actually helps eBay, which doesn't disclose its seller numbers on a regular basis.