Please ensure Javascript is enabled for purposes of website accessibility
Log In Help Join The Motley Fool
Free Article Join Over 1 Million Premium Members And Get More In-Depth Stock Guidance and Research
By Travis Hoium - Aug 6, 2018 at 11:31AM

GoPro didn't prove anything in its second-quarter results.

GoPro Inc (GPRO 1.91%) reported second-quarter earnings and better than expected guidance last week, which helped push the company's shares higher late in the week. Investors seemed to buy into CEO Nick Woodman's projection that the company will be back to profitability in the second half of the year and remain profitable in 2019.

I've been bullish on GoPro in the past and been burned by that experience, so I take bullish comments from management with a grain of salt. Here's the one thing you should be impressed with in the second quarter -- and why you shouldn't be too impressed with management's rosy outlook. 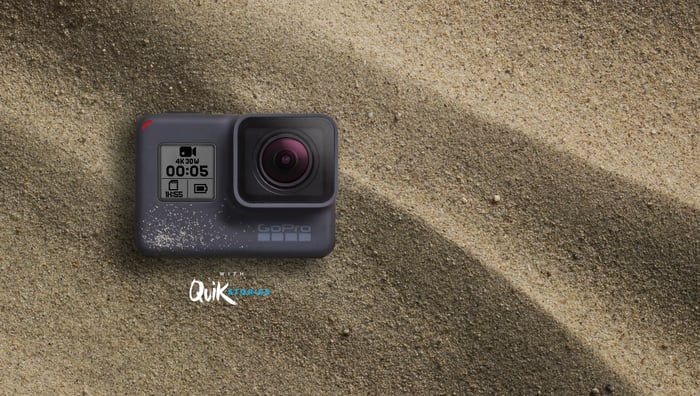 Most investors are used to watching earnings numbers like revenue, gross margin, and net income, but for GoPro inventory is a surprisingly important metric. The company's sales are tilted to the holiday season, and if it over-builds inventory it can be susceptible to writedowns. On the flip side, if it under-builds inventory it will lose out on sales.

Keeping inventory low was truly impressive last quarter, but the rest of the results weren't as impressive as they may initially seem.

GoPro projections should be seen with a critical eye

What we shouldn't forget is that GoPro doesn't have a very good track record of predicting future results, especially before new product launches. Last November, it predicted that fourth quarter 2017 revenue would be $470 million, plus or minus $10 million, and gross margin would be 41.5%, plus or minus half a percentage point. When results were tallied just two months later, revenue was $334.8 million and gross margin was 24.8% on a non-GAAP basis (23.8% on a GAAP basis).

We can go back to disappointing holiday results in 2014 and 2015 as well to show how inconsistent GoPro can be. GoPro is going to have to prove it can be a profitable company long-term to regain the market's trust, and even second-quarter results don't do a lot to bolster that position, as you can see below. 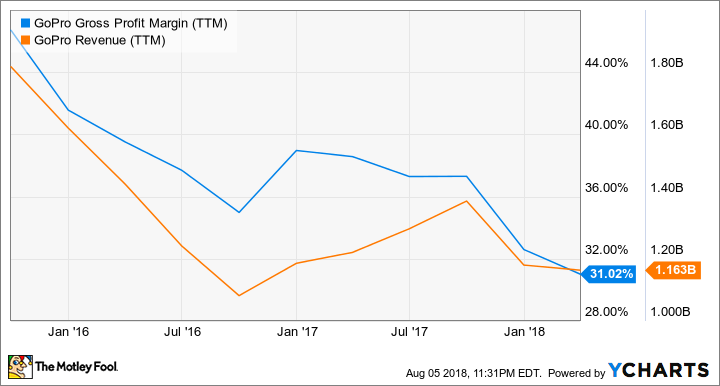 GoPro must show that new products can catch on before investors will believe the company is back on track.

How GoPro can impress investors

What I want to see from GoPro in 2018 is the launch of new products that truly change how the company is perceived by consumers. For years the company has made incremental improvements to its action cameras and watched as competing devices like smartphone cameras and editing software improved by leaps and bounds. If GoPro can capture consumers' imaginations again it could be a valuable company with long-term profitability. Until we see those new products, I'll be skeptical that a turnaround is ahead given how many times the company has burned me, and its other investors, in the past.