Avis didn't have a bad second quarter, and earnings per share managed to top estimates, but shares are trending lower Wednesday.

Shares of Avis Budget Group (CAR 8.61%), a provider of automotive vehicle rental and car sharing services with brands including Avis, Budget, and Zipcar, are down 14% as of 12:46 p.m. EDT Wednesday after the company released second-quarter results. 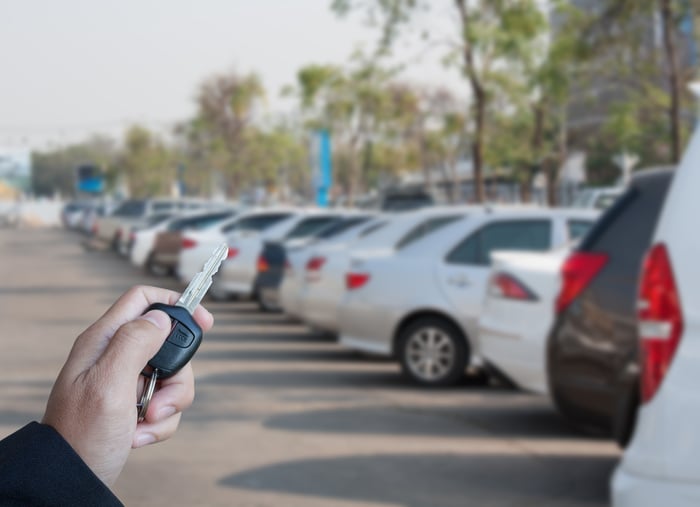 "We made a number of strategically important tuck-in acquisitions during the quarter and are also very excited about our recent announcements regarding Amazon, Lyft and Luxury Retreats, which was acquired by Airbnb in February 2017, as we expand our reach to include some of the leading innovators in their respective industries." Said Larry De Shon, Avis Budget Group president and chief executive officer, in a press release.

Despite management's mostly positive spin on the quarterly results, its guidance update was mixed. The company lowered full-year 2018 revenue guidance from $9.2 billion to $9.45 billion down to $9.05 billion to $9.30 billion, but also raised its full-year EPS estimate from $2.90 to $3.75 up to $3.00 to $3.85 per share. Part of Avis' decline Wednesday is likely due to hyped expectations. Remember, just yesterday its competitor Hertz Global Holdings Inc. (HTZG.Q) posted such a strong second quarter its shares popped more than 20%, which pulled Avis' shares up in anticipation of its own second-quarter earnings due later that day.