Horizon Global (NYSE:HZN) reported its second-quarter results on Aug. 7th. Investors had already been provided with a sneak peek at the towing and trailering company's results in mid-July after management announced that it was expanding its ability to borrow by $50 million. The company's second-quarter results were largely in line with those updated projections, and management reaffirmed that its turnaround remains on track. However, the year-over-year numbers did not look pretty. 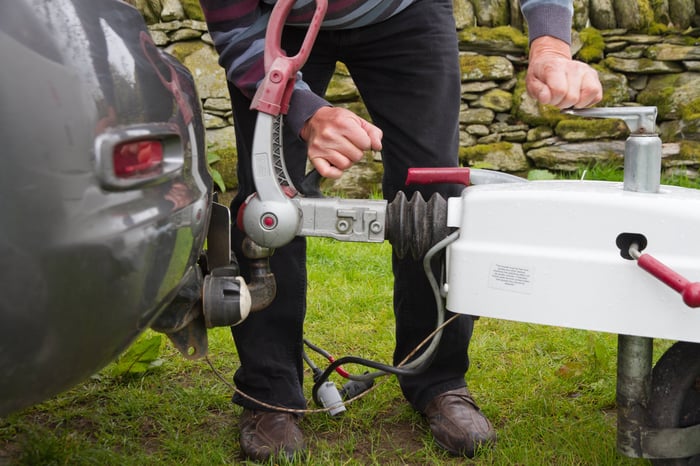 Management also provided investors with an update on how the company is executing against its turnaround plan:

Interim CEO Carl Bizon kept his commentary focused on the positive actions that were made during the period to get the business back on track:

We made key senior management changes, including the naming of new leadership for our Company and its two largest operating segments; we terminated the Brink acquisition; and, just last week, we announced a successful amendment of our term loan agreement, which included securing an incremental $50 million to address short-term liquidity needs.

Bizon reaffirmed that the company is focused on fixing its problems and working hard to lay the foundation for future growth. He also stated that he is encouraged by the progress that was made during the quarter in the Americas, though he openly acknowledges that there is "a good deal of work yet to be done in Europe."

Horizon's stock jumped by double digits in early-morning trading after the results were released. The move could serve as a modest signal that the market believes that the company's problems are fixable and that management's plan of action seems achievable.

Bizon's final commentary in the earnings release remain focused on his long-term confidence in the business: