The gun-shot-detection technology company is up more than 220% in 2018.

ShotSpotter Inc. (SSTI 0.58%) stock climbed 12.5 % in July, according to data provided by S&P Global Market Intelligence . The company's share price gains may have been partially driven by momentum, but it also saw some new customer additions and product trials in the month. 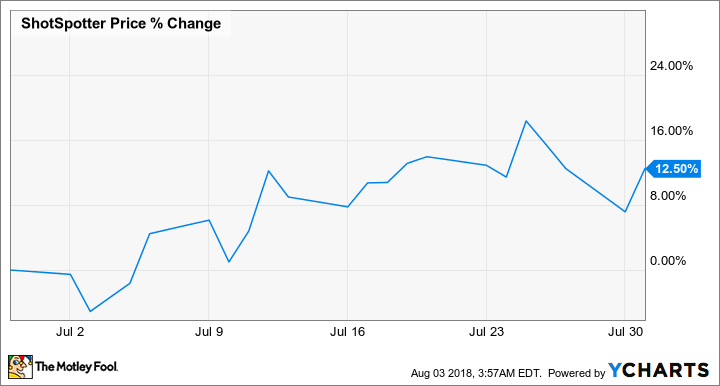 ShotSpotter makes devices that use specialized microphones and infrared sensors in order to estimate the location of where gunshots were fired, how many rounds were discharged, and what types of weapons were used. This data is then sent to police response forces and can be used to help reduce response time and improve planning. 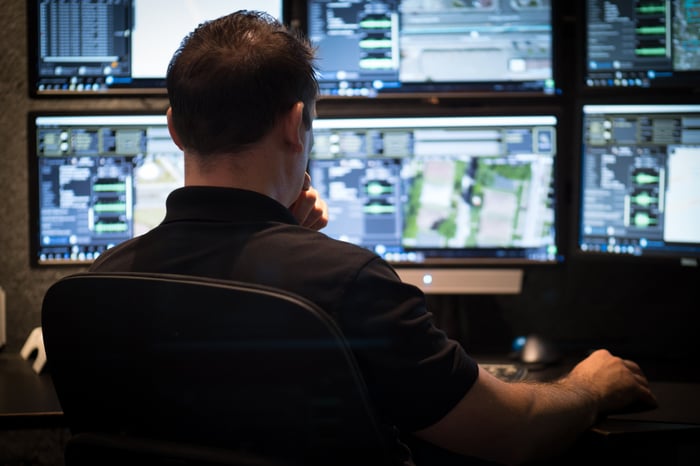 There's still some controversy as to just how effective ShotSpotter's products are, but cities are scrambling to improve their abilities to respond to shootings, and the company has been having lots of success getting new customers on board with its devices. The city council in Columbus, Ohio approved the use of ShotSpotter technologies in three counties in July, and Toronto, Canada gave final approval to the use of ShotSpotter devices following a mass shooting that occurred late in the month. The Baltimore, Maryland police force also began testing ShotSpotter's devices in July.

ShotSpotter reported second quarter earnings after market close on Aug. 2, with sales climbing 52% year over year to reach $8.9 million. The company's net loss for the period also contracted to $370,000, down substantially from a loss of $4.3 million in the prior-year period.

ShotSpotter Stock Upgraded: What You Need to Know
413%