The gunshot-detection technology leader is now up roughly 200% since its initial public offering in June 2017. 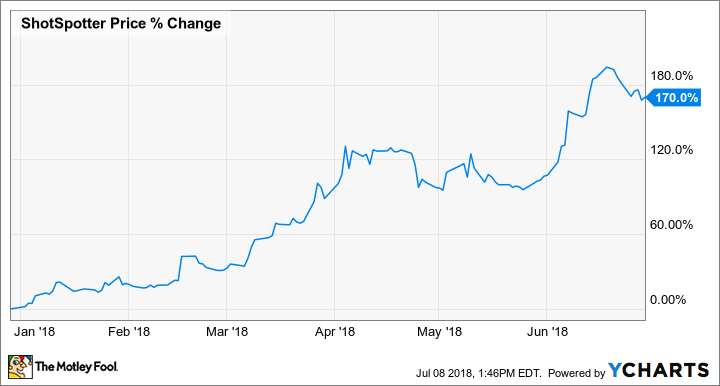 The gunshot-detection company's share price advanced in response to high-profile mass shooting events, strong quarterly results, and announcements that new cities had signed on to use or expand their use of the company's products. Shares also appear to have benefited from favorable ratings coverage and the company's listing on the Russel 3000 Index. 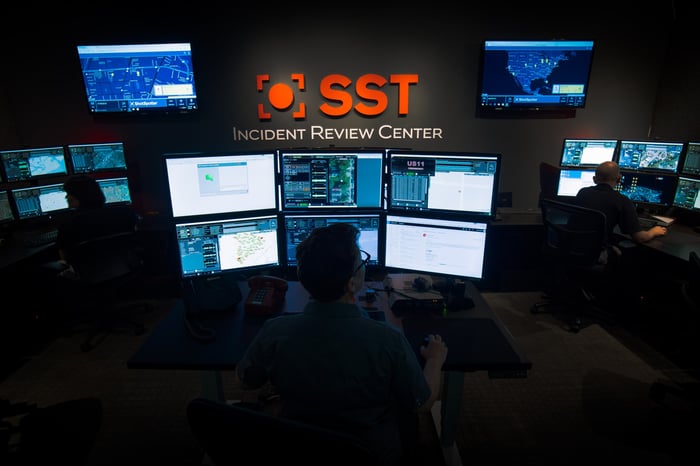 ShotSpotter stock climbed following a shooting at a Broward County, Fla., school that occurred on Feb. 14. Seventeen students were killed in an attack perpetrated by a former student, prompting widespread media coverage and discussions about measures that could be taken to improve response times to mass shooting events.

The Broward shooting was heavily featured in the media for months after the event and appears to have created increased interest in ShotSpotter's products. March and April saw a significant list of new cities signing on to either adopt or expand their use of the company's technologies.

ShotSpotter then posted earnings results on May 8, reporting a 56% year-over-year increase in sales to reach $6.9 million and gross margin that reached 52% -- up from 41% in the prior-year quarter. The company's valuation also climbed following a round of positive ratings coverage that emerged following the first-quarter results.

Shares then saw a substantial jump in June following news that the company would be listed on the Russell 3000 Index.

ShotSpotter stock has continued to climb in July, gaining an additional 9% in the month as of this writing. 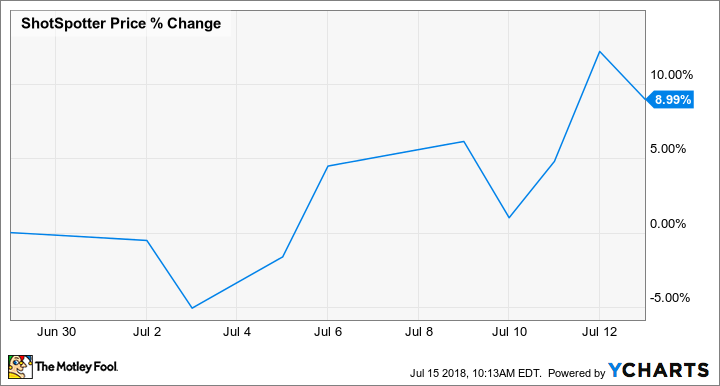 The company has a market capitalization of roughly $440 million as of this writing and is valued at roughly 13 times this year's expected sales. ShotSpotter appears to have a generally well-regarded solution in the gunshot-detection space, but the company could face increased competition from more resource-rich competitors.