The gunshot detection company's share price has more than doubled since its June 2017 initial public offering. 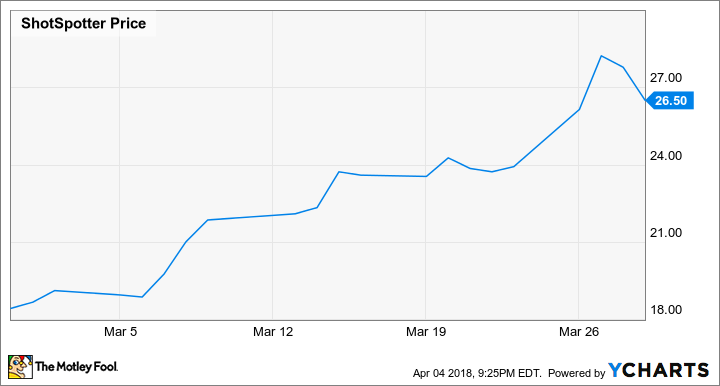 The security company's share price saw positive momentum following announcements that new cities would be adopting its gunshot detection technology and existing customers had plans to expand their use. Shares also got a lift from management's presentation at the Roth Capital Conference, a summit about using technology to improve safety in cities, and favorable ratings coverage. 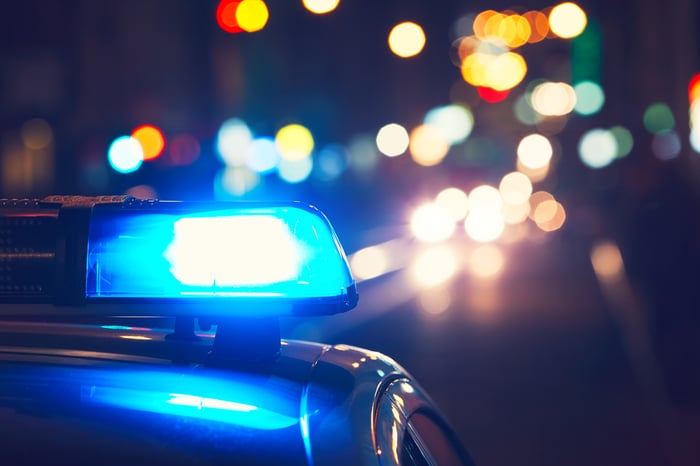 ShotSpotter saw a series of positive demand indicators for its products in March. Pittsburgh's city council announced that it would be expanding its use of ShotSpotter products in a March 5 meeting, Bakersfield, Calif. put the company's technology into use on March 9, and Sacramento also announced near the end of the month that it would use the gunshot detection devices.

Roth Capital published a note on the company on March 27, reiterating a "buy" rating and raising a price target from $27 to $36. ShotSpotter is a small-cap company with a valuation of roughly $300 million, so it's not unusual for the stock to see big swings in relation to news and ratings coverage.

ShotSpotter is a leader in its product category and looks to have a long runway for expanding sales. Favorable responses from cities using the company's technology and new cities adopting the devices suggest that the company will be able to rapidly increase its customer base in the near term. However, investors should proceed with the understanding that big growth is already priced into ShotSpotter stock -- with shares trading at roughly 10 times this year's expected revenue. The company is expected to report first-quarter earnings results next month.