Please ensure Javascript is enabled for purposes of website accessibility
Log In Help Join The Motley Fool
Free Article Join Over 1 Million Premium Members And Get More In-Depth Stock Guidance and Research
By Jeremy Bowman - Jun 4, 2020 at 9:20AM

Police reform has become a new cause during the George Floyd protests. Here are two stocks that could benefit.

After nearly three months of the coronavirus dominating headlines, all of the sudden police reform has taken center stage.

The killing of George Floyd at police hands has set off a wave of protests around the country and even internationally, and there have been incidents of rioting and looting as bad as anything the country has seen in at least 50 years.

Against this backdrop, demand for police to be held accountable has been louder than ever, and tools like body cameras can help do that. For investors, law enforcement stocks are suddenly attracting attention, as new police reform policies and improvements to police procedures could accelerate an adoption of law enforcement technology. Let's take a look at two stocks that could benefit from such a shift: Axon Enterprise (AXON 4.34%) and Shotspotter (SSTI -1.91%). 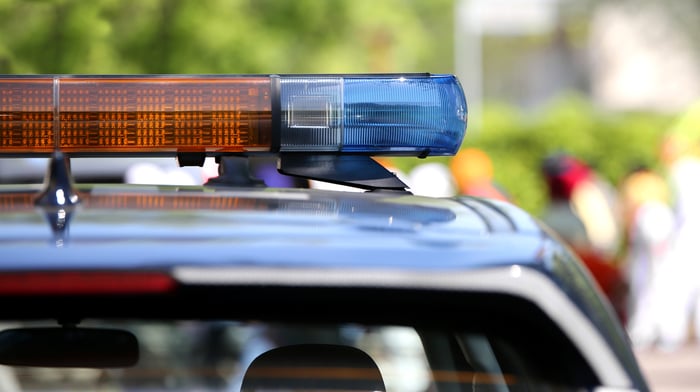 Axon may be best known as the manufacturer of TASERs, the electric stun gun. In fact, the company even used to be called TASER, but today it's much more than that. It's the market leader in body cameras and dashboard cameras, and also runs Evidence.com, a cloud-based digital evidence management software database that pairs with data collected from cameras and allows it to be stored, shared, analyzed, and managed easily.

Axon's mission is to protect life. It seeks to accomplish that by making the bullet obsolete, reducing social conflict, and supporting a fair and effective non-lethal weapon. The TASER is considered the most effective non-lethal weapon for law enforcement, and its camera systems help hold police officers accountable even as they provide valuable evidence for criminal trials.

The company is already seeing some increased interest from the recent social unrest, including consumer interest in TASERs, and the stock reached an all-time high just recently.

Axon CEO Rick Smith told Yahoo! Finance he saw an opportunity in the current crisis for his company to help, saying, "We have a big role to play in providing the tools and technology backbone for much of police training. And we think there's a huge role for us to play in helping introduce new ways to train police to really squash out some of the behaviors that we saw that I think everybody agrees are unacceptable."

Even before recent events, there were a lot of good reasons to consider owning Axon. In its first quarter, revenue rose 27% to $147.2 million, and international revenue jumped 38%, showing that the company has a global opportunity.  The company is introducing new products like Axon Records to help with productivity and Axon Dispatch for communication, and recently introduced new models of TASERs and body cameras that are delivering strong sales. Axon is building competitive advantages with its ecosystem centered around its cloud software, and the company should have a long growth path ahead of it with its track record in innovation as law enforcement agencies embrace new technology. Current demands for police reform could accelerate that shift.

What if first responders knew immediately when a gun was shot? This is the problem Shotspotter seeks to solve.

The company makes gunshot detection technology that alerts law enforcement when a gun goes off so they can respond more quickly to the incident. The technology increases the chance that police will apprehend criminals, collect evidence, find witnesses, and ensure victims get needed medical attention.

Shotspotter is a unique company with technology made up of "highly specialized, cloud-based software integrated with proprietary, internet-enabled sensors." No competitor offers gunshot detection technology designed to cover wide areas the way Shotspotter does.

While companies like Axon seek to resolve the challenges in law enforcement with better data and non-lethal weapons, Shotspotter's technology is focused on eliminating gun violence from the start, as the company considers strengthening the police-community relationship and reducing gun violence as its mission.

Shotspotter sells its Shotspotter Flex product to police departments and charges based on each square mile of coverage. It also offers Shotspotter Missions, which provides crime forecasts, and security solutions for corporate and university campuses under Shotspotter SiteSecure and Shotspotter SecureCampus, though the vast majority of its revenue comes from Shotspotter Flex.

Revenue growth has slowed significantly since 2018, and the company is now targeting just 9% top-line growth for 2020 due to the impact of COVID-19. Last year, it cited delays and uncertainty around the timing of new contracts, as well as the loss of one customer, for slower-than-expected revenue growth.

However, the current social unrest could be the kind of catalyst the Shotspotter needs to accelerate growth. The company derives a third of its revenue from contracts with New York City and Chicago, showing the potential for growth if it can attract more cities. Today it only counts three of the ten largest U.S. cities as its customers, and two of those are New York and Chicago.

Shotspotter clearly provides a valuable tool. With increased attention on law enforcement and police procedure, the company could see a bounce in new customers.