Please ensure Javascript is enabled for purposes of website accessibility
Log In Help Join The Motley Fool
Free Article Join Over 1 Million Premium Members And Get More In-Depth Stock Guidance and Research
By Beth McKenna - Mar 7, 2020 at 7:00AM

That performance is even stronger than it might initially seem when you consider that the S&P 500 index dropped 8.2% last month. The market's sell-off was driven by concerns that the spread of the novel coronavirus, COVID-19, could curb global economic growth.

The company's name might not ring a bell with many investors, as it's only been publicly traded since July 2017 and it's small, with a market cap of just $390 million. 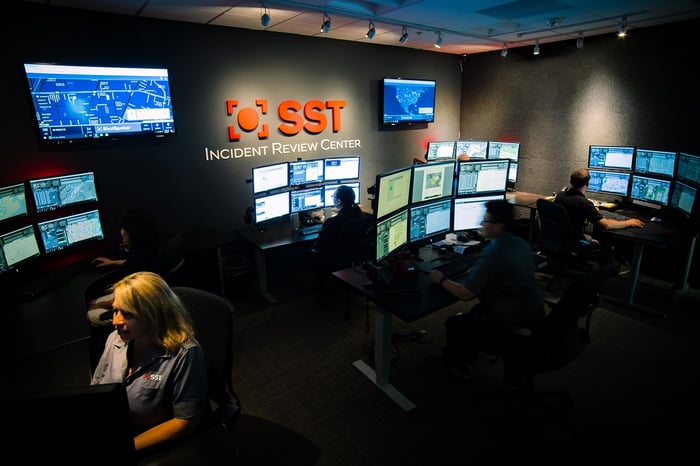 We can attribute ShotSpotter stock's robust performance last month to the tech company's Feb. 18 release of fourth-quarter 2019 results that delighted investors. Shares skyrocketed 32.6% the next day.

In Q4, revenue increased 12% year over to $10.9 million, driven by the addition of 34 net new square miles of monitoring coverage. Net income soared 339% to $1.3 million, which translated into earnings per share (EPS) surging 267% to $0.11. That result crushed the Wall Street consensus estimate of $0.04.

The quarter marked ShotSpotter's third consecutive quarter of profitability. Moreover, 2019 was the first full year the company turned a profit.

Expanding our time lens, here's how the stock has performed since its initial public offering (IPO): 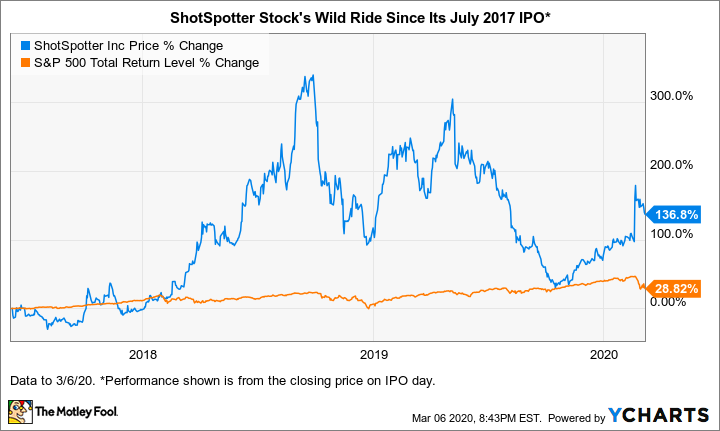 Management reaffirmed its 2020 revenue guidance of $48 million to $50 million and expects the company to remain profitable on an annual basis. That represents growth of 17.6% to 22.5% year over year, as revenue was $40.8 million in 2019.

Unfortunately, gun violence is increasingly prevalent in the United States. ShotSpotter stock seems worth exploring if you're a growth-oriented investor -- but only if you're comfortable with much volatility.