Keeping your allocation small is OK with this growing company.

Last weekend, I stumbled upon a tiny software-as-a-service (SaaS) stock that I've decided to invest in. I've been a big fan of any company adopting this business plan: The capital-light, wide-moat, ripe-for-reinvestment model has created market-crushing returns.

But beware, Fools: I'm only allocating a tiny portion of my portfolio to this company. If it ends up being stellar, it will be enough to make a difference. If it doesn't, I don't want to be over-exposed. 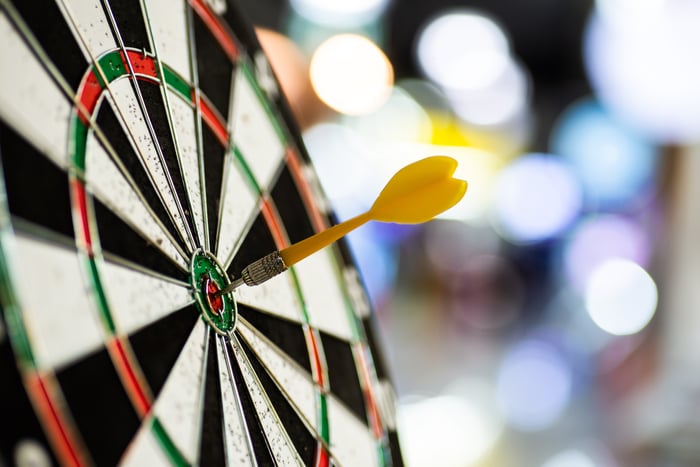 That company is ShotSpotter (SSTI -1.91%), which provides technology that helps police respond rapidly to shots fired within certain municipalities. Here are the three pegs of my investment thesis.

For the past five years, I've developed what I call the "Antifragile Framework" for analyzing companies. The most important part is that a company needs to be mission-driven, with a wide moat and many opportunities for expansion.

While ShotSpotter's official mission statement is a bit of a mouthful, it boils down to this:The company exists "to reduce gun violence and create more vibrant communities."

The key way it does that is by providing technology that can monitor sound in major cities and detect when gunshots occur. This happens in a matter of seconds, as opposed to waiting many minutes for witnesses to report the event to the police (if they do at all). That time is vital: It helps police gather evidence and intervene before a situation gets worse.

That's how the key product, ShotSpotter Flex, works. Cities pay $65,000 and $90,000 annually for every square mile of coverage provided by ShotSpotter. Over the past year, revenue retention was 111% -- meaning that municipalities were not only staying with ShotSpotter, but adding more square miles over time. When you combine that dynamic with the fact that contracts with municipal governments have a long cycle, I'm comfortable assuming ShotSpotter is protected by moderately high switching costs.

Right now, ShotSpotter Flex provides the bulk of revenue -- 96%, to be exact. But that doesn't mean there aren't other potential growth drivers. These include:

There's no telling if any of these small services will one day hit it big. But if even one of them does, it could make a huge difference for the company's top and bottom lines.

I'm also very impressed with ShotSpotter's financial statements. The company has $25 million in cash on hand and no long-term debt. It has also brought in roughly $9 million in free cash flow over the past year.

That means the company has enough money to fund these smaller projects, while still pursuing its ambitious plans for international expansion. It also means that if tough times hit (like the COVID-19-induced one we find ourselves in now), it can wait out a downturn in growth.

Finally, it feels like ShotSpotter is a company on a mission that's far larger than just earning money. The idea for the company was kicked around for years before enough funding came in.

When current CEO Ralph Clark came on board, it wasn't because he needed the money, having just sold a previous company for a cool $73 million. He believed in ShotSpotter's ability to make a difference -- going so far as to ride along with Baltimore homicide police to understand the importance of technology.

Somehow, Clark is able to toe the gun-rights line with tact -- he works with both the NRA and former Congresswoman Gabby Giffords' organization promoting gun safety. His real goal: using ShotSpotter technology as a force for civil rights.

Beyond that, insiders as a whole owned -- led by Clark -- own over 11% of shares outstanding. That means they have significant levels of skin in the game and can only benefit financially if we -- as shareholders -- do as well.

While all of this might make you want to run out and load up on shares, be careful. When Motley Fool trading rules allow me to buy, my allocation will be less than 1% of my overall portfolio.

ShotSpotter is a very small company. It also relies on two municipalities (New York City and Chicago) for over one-third of revenue. Should politics or the budgets in those cities change drastically, it could have negative consequences.

That said, if it ends up being a successful investment, I think the potential is vast, and there's nothing stopping me from adding more shares in the future. If you're looking for a similar high-risk, high-reward investment for a small portion of your own portfolio, it's worth kicking the tires on ShotSpotter.