Please ensure Javascript is enabled for purposes of website accessibility
Log In Help Join The Motley Fool
Free Article Join Over 1 Million Premium Members And Get More In-Depth Stock Guidance and Research
By Rich Smith - May 29, 2018 at 11:54AM

Why Wall Street likes the "leader in gunshot detection solutions."

Another week, another school shooting. According to data compiled by CNN, the first 21 weeks of 2018 have seen no fewer than 23 shooting incidents at U.S. schools -- an average of more than one per week, and that doesn't even count shootings outside of schools. (And 2018 isn't even half over yet.)

What's the solution to gun violence in America?

Different scenarios to different kinds of gun-related problems have been proposed, including putting metal detectors (or police officers) in schools, putting body cameras on police, and tightening regulations on gun ownership. One palliative measure that's starting to gain attention on Wall Street, though, is to at the very least decrease the response time to shooting incidents, by making gunshots easier to detect and localize.

Gunshot detection company and recent IPO ShotSpotter (SSTI -0.43%) is arguably taking the lead in that effort -- and today, ShotSpotter stock is winning another buy rating on Wall Street. 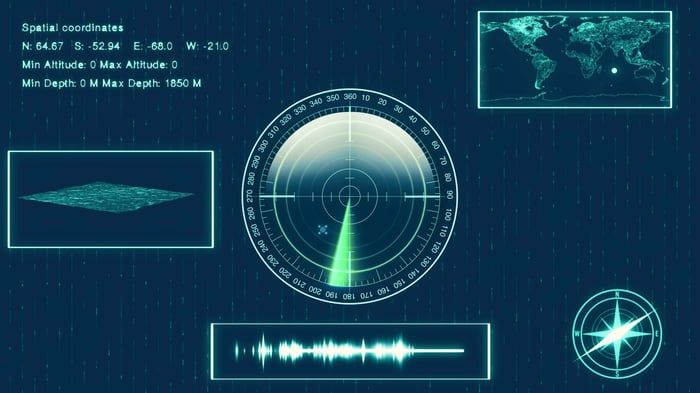 If you haven't heard the name before, that's no surprise. ShotSpotter has been a publicly traded company for less than a year. The stock's initial public offering was on the Nasdaq last June, and it quickly notched a 26% gain on its first day of trading. It's more than doubled since.

ShotSpotter calls itself the "leader in gunshot detection solutions," using multiple sensors placed at multiple locations to triangulate the location of a gunshot from the sound it radiates. ShotSpotter offers three main products through a software-as-a-service business model, through which customers subscribe to the company's detection services: ShotSpotter Flex for generalized detection of gunshots outdoors, SST SecureCampus for school and university customers, and ShotSpotter SiteSecure for securing other discrete locations such as airports and train stations.

ShotSpotter competes with larger, better-funded companies -- such as Raytheon, Thales, and Rafael Advanced Defense Systems -- that offer similar technology. But as ShotSpotter explains in its 10-K filings with the SEC, these companies "are not direct competitors." ShotSpotter's suite of systems provides "immediate and precise data on gunfire" over "large and geographically diverse areas." In contrast, the competitors ShotSpotter identifies stick mainly to offering "limited scope point protection, also known as 'counter-sniper systems'" used by the military and SWAT teams.

How is ShotSpotter doing?

ShotSpotter last reported earnings on May 8, showing 51% year-over-year growth in sales to $6.9 million, 11 points of gross margin expansion (now 52%), but a net loss of $0.12 per diluted share.

That last number is disappointing, but consider the progress ShotSpotter has made over its short history:

Yes, most of these numbers remain in negative territory. But as revenue rises, ShotSpotter is getting closer and closer to breaking even and turning a profit -- and in its earnings report earlier this month, ShotSpotter raised guidance on revenue for this year, predicting it will end 2018 with sales of between $33 million and $34 million.

If ShotSpotter hits even the low end of its guidance range, that would work out to 39% sales growth year over year.

Analysts at Imperial Capital and Dougherty & Company both found these results (and guidance) encouraging enough to raise their target prices on ShotSpotter stock after earnings, to $35 a share and $41.50 per share, respectively, according to data from StreetInsider.com (requires subscription). This morning, Lake Street Capital became the third analyst to give ShotSpotter a vote of confidence, initiating coverage on the stock with a buy rating and assigning a price target of $36 per share (ShotSpotter shares currently trade for less than $29 apiece).

In its note, covered on TheFly.com this morning, Lake Street predicts that ShotSpotter will "show 30%-plus revenue growth and emerging profitability over the next three years" and has a "long runway for growth" thereafter as law enforcement continue to search for solutions to gun violence.

That prognosis tallies with what the rest of Wall Street is looking for -- sales growth of 40% this year, 33% next year, and 36% the year after that. Analysts hope to see ShotSpotter turn its first quarterly profit in Q4 of this year, show a full-year profit ($0.18 per share) next year, and quintuple that to $1.05 per share in 2020, according to S&P Global figures.

If those numbers prove out, then ShotSpotter stock at 28 times 2020 profits, and growing at 30% or better, could be ripe for investment today.