Has investing in energy piqued your interest lately? It probably should. Oil and gas producers have become much more disciplined operators after the recent price crash, and alternative-energy solutions continue to grow at incredible rates. While it is still a volatile industry, it is on much surer footing than it has been in several years, and could make for some compelling investments.

So we asked three of our Motley Fool contributors to each highlight a stock they think is a top buy this month. Here's why they picked Williams Companies (WMB 3.29%), Clean Energy Fuels (CLNE 2.94%), and SolarEdge Technologies (SEDG 4.84%) 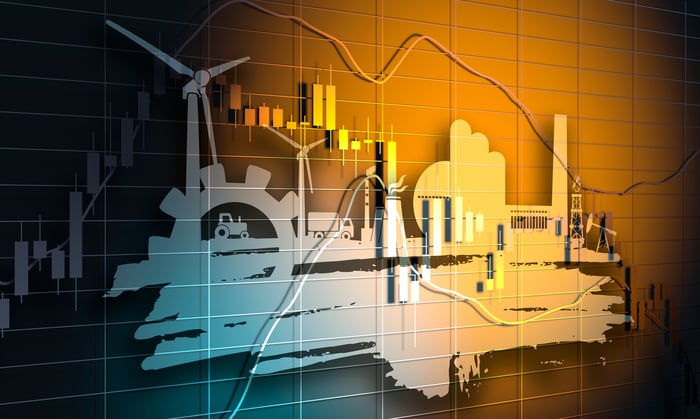 Matt DiLallo (Williams Companies): This natural gas pipeline giant has had a slow start in 2018. Through the first half of the year, cash flow at the company's MLP Williams Partners (NYSE: WPZ) has only increased by about 2%, due mainly to recent asset sales. However, with a major expansion project coming on line, cash flow growth should accelerate in the second half of the year. That project and others in the pipeline have the company on track to grow cash flow 9% in 2018 and another 13% next year.

That near-term growth is just one of the factors that make Williams Companies a compelling stock to consider this month. Another is the potential upside ahead as the company completes its buyout of Williams Partners. That transaction will simplify its organizational structure, enhance its credit profile, and improve its dividend coverage ratio. That last part will provide further support for its 4.4%-yielding dividend as well as excess cash to fund expansion projects.

The lift from that merger alone could be substantial. Last June, rival ONEOK completed a similar deal by acquiring its MLP. Since that time, shares have rallied nearly 30% while Williams' stock is only up 3%. I think Williams' shares could have similar upside as the company completes its expansion projects and benefits from the acquisition of its MLP. That's why I think it is one of the top energy stocks to buy in August.

Buy on the market's messed-up expectations

Jason Hall (Clean Energy Fuels Corp.): If you were only going by the market's reaction to its second-quarter earnings (shares were down over 20% at one point), you'd think the company was in big trouble. And that's certainly not the case; there's actually a compelling argument that Clean Energy Fuels is stronger today than it's been in years.

After a recent deal with energy giant Total, Clean Energy now has more cash than debt. And efforts by management to strengthen its operations over the past years are starting to pay off, with selling, general, and administrative expenses down more than 30% from the peak, and interest expense down by more than half. That has the company on track to generate positive cash flows in 2018, a notable feat for the former debt-laden company with what in hindsight was a bloated cost structure.

Here's the best part: While the Total partnership didn't lead to the accelerated growth it appears some investors were expecting to see this quarter (an unrealistic expectation, frankly), there are some big catalysts in the works that should start paying off later this year. With a strong balance sheet and a clear path to sustainable growth, CEO Andrew Littlefair says the company is "back on the offensive."

Investors who buy today can take advantage of the market's short attention span, which has created a buying opportunity. It will take several more quarters to pan out, but the company's prospects look better today than in years. 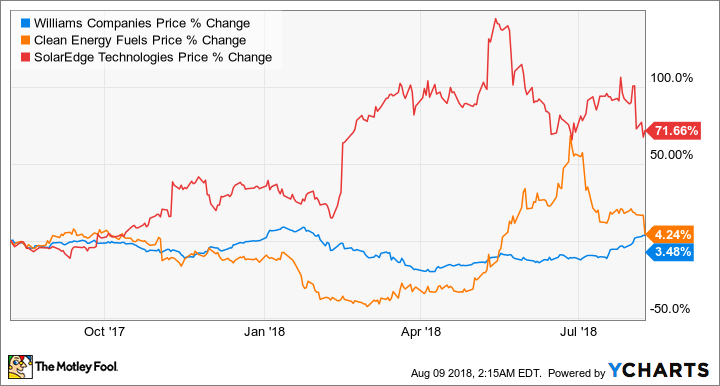 A short-term hit on a fast-growing business

Tyler Crowe (SolarEdge Technologies): SolarEdge Technologies manufactures one of the most important components of a residential or commercial-scale solar power installation: the inverter. This is the component that converts the direct current generated by the panel to the alternating current used in common outlets. Building a simple inverter isn't hard, really; I used to make them at engineering camp as a kid. (Nerd alert!)

SolarEdge's components are so crucial because they optimize the power produced by each individual panel, can be easily scaled to the size of each project, and allow for real-time monitoring on its cloud platform. These advantages help improve the cost per watt of panels installed, which is the all-important number for panel installations.

These differentiating factors are why SolarEdge's optimizers and inverters have been selling so well lately. The company's second-quarter revenue was up 67%, and net income was up 54% year over year. According to GTM Research, it has grown its market share for residential solar installation inverters from less than 2% in 2012 to 44.9% in the first quarter of 2018.

Despite these gaudy growth numbers, the company's stock has pulled back considerably over the past several months. Its shares are 27% off their highs a few months ago, and presently trade at a forward P/E of 15 times.

Perhaps its growth will slow down in the coming months as other component suppliers try to recapture market share and the solar industry hits a few bumps in the road from tariffs, which is probably why Wall Street seems to be pricing some pessimism into this stock. That said, its stock looks incredibly cheap for a business growing this fast and already churning out positive earnings results.