When Apple (NASDAQ:AAPL) launched its HomePod smart speaker earlier this year, many critics claimed that its high price tag of $349 would prevent it from gaining ground against Amazon's (NASDAQ:AMZN) Echo and Alphabet's (NASDAQ:GOOG) (NASDAQ:GOOGL) Google Home devices, which cost as little as $50.

Despite those headwinds, a recent report from Consumer Intelligence Research Partners indicates that Apple has established a foothold in the U.S. smart speaker market, nabbing a 6% share. 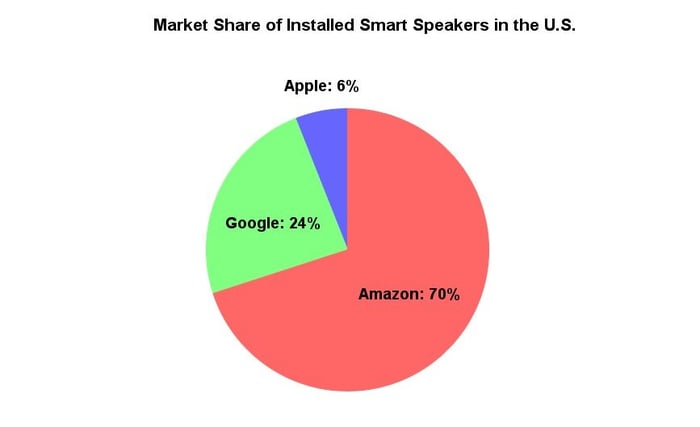 Apple remains an underdog, but its tiny share generates higher revenue per device than Amazon's and Google's devices. The Mac maker can also use HomePods to tether more users to paid subscription services like Apple Music.

That strategy supports the growth of Apple's services unit, which posted 31% annual sales growth and accounted for 18% of its top line last quarter. The HomePod won't move the needle for Apple anytime soon, but it's one way for the tech titan to maintain a presence in the smart home market.