Can a new focus on energy really rescue this company from falling prices for precious metals?

Precious metals prices rise and fall, and the companies that specialize in the gold and silver market have to deal with the inevitable impacts of changing prices on their respective businesses. Mining companies have direct exposure to declines in gold and silver prices, but for streaming and royalty specialist Franco-Nevada (FNV -0.12%), the relationship is a bit more complicated. By offering financing to mining and energy exploration companies in exchange for stakes in their production, Franco-Nevada is able to share in the good times when commodities markets are strong. But when prices of key products head south, Franco-Nevada has a challenge to overcome.

Coming into its second-quarter earnings report, Franco-Nevada investors wanted to see evidence that the company could weather a poor environment in its core precious metals markets. Franco-Nevada announced a key collaboration in its effort to diversify its exposure to natural resources, but troubling results still stopped the stock from regaining the ground that it's lost over the past year. 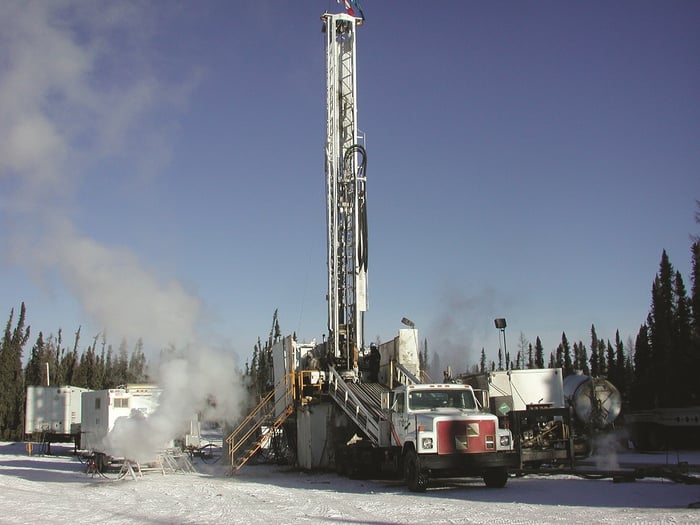 At first glance, Franco-Nevada's second-quarter results weren't entirely bad. Revenue was down roughly 1% to $161.3 million, but net income climbed 18% to $53.6 million. That produced adjusted earnings of $0.29 per share, but the figure was slightly below the consensus forecast among those following the stock.

In contrast, Franco-Nevada's strategy to boost oil production continued to show signs of success, although even a good result wasn't enough to save the company entirely. Oil and gas revenue more than doubled to $22.7 million, and Franco-Nevada highlighted the contributions from its exposure in the SCOOP/STACK, Midland, Delaware, and Orion resource areas in generating royalty payments. The gains brought the share of revenue from oil and gas up to about 15.5%.

The future for Franco-Nevada is in the oil patch

CEO David Harquail made clear the two different directions its target markets are moving in. "For 2018," Harquail said, "we are increasing our oil & gas guidance while at the same time modestly tempering our guidance for our mining assets." The CEO noted that at the key Candelaria mine, workers are producing largely from stockpiled pay dirt rather than with freshly obtained material. The company boosted its oil and gas revenue guidance to a new range of $65 million to $75 million, up $15 million from its previous range. However, Franco-Nevada also slashed its gold-equivalent ounce production estimates by 20,000 ounces, to a new range of 440,000 to 470,000 ounces for the year.

In the long run, things should get better for precious metals. Harquail noted that Candelaria should get back to normal operations next year, and the ramp-up of the key Cobre Panama mine should also add to performance.

What could become a key to Franco-Nevada's turnaround is a recent deal with Continental Resources (CLR). Under the strategic relationship, Franco-Nevada will pay $220 million to obtain existing mineral rights that Continental controls. Moreover, the streaming and royalty company will commit as much as $100 million a year for three years to acquire new mineral rights. That led Franco-Nevada to upgrade its long-term oil and gas outlook as well, with the potential to get as much as $120 million to $140 million in revenue by 2022. If achieved, that could begin to make oil and gas almost equally important for Franco-Nevada as precious metals.

Franco-Nevada shareholders didn't like the shortfall on earnings, and the stock has fallen back somewhat after the results became public. Yet in terms of its long-range strategic vision, Franco-Nevada looks like it's taking the necessary steps to ensure its success for years to come, no matter which way commodity prices might move in the short run.