It's usually a good idea to follow what a key competitor is saying in order to get a read across, but unfortunately, investors in General Electric Company (GE 2.58%) wouldn't have enjoyed hearing much of what Siemens AG's (SIEGY -0.04%) management had to say recently. Let's take a look at what was said during the German company's recent third-quarter earnings call and why it matters so much to General Electric. 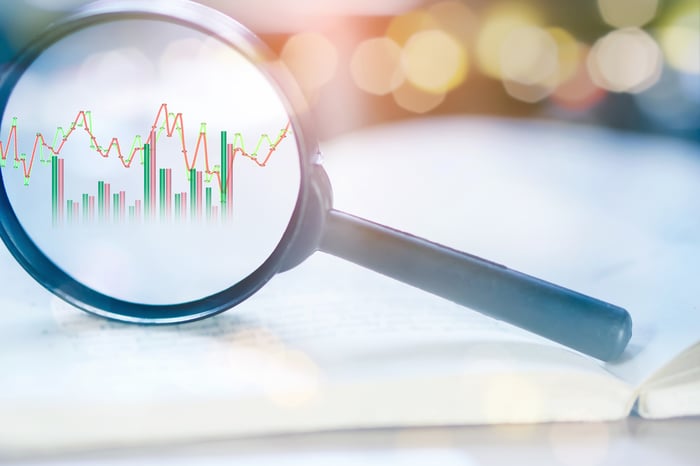 Looking closely at Siemens' earnings can tell you a lot about the prospects for General Electric Company. Image source: Getty Images.

It's no secret that the power segment lies front and center of GE's problems in the last couple of years. In a nutshell, the heavy-duty gas turbine market turned out to be far weaker than GE's management were anywhere near predicting -- former CFO Jeff Bornstein was expecting 40 gigawatts (GW) of market demand for 2017, but it came in at 34 GW and is currently trending below 30 in 2018.

The shortfall in market demand has led to continued disappointment in GE's power outlook, and on the first-quarter earnings call, management reduced its implied guidance for GE Power segment profit in 2018 by $500 million, from $2.45 billion to $1.95 billion. Fast-forward to the second quarter, and GE Power generated just $694 million in the first half, meaning the power segment needs $1.26 billion in segment profit in the second half just to meet guidance.

What GE is doing about it

The problem for GE is threefold. The first problem is the margin on new power equipment, as there is significant overcapacity in the industry -- the main players are GE, Siemens, and Mitsubishi-Hitachi Power Systems -- in relation to current market demand.

Second, the power services market is also under pressure, and GE was caught out by changes in the services market. GE provides power services in two main ways, the first of which is contract service agreements. CSAs are long-term service agreements attached to new equipment sales -- an area on which GE has focused in recent years. CSA revenue was worth around $5.3 billion in 2017, and in general, it has held up relatively well -- CSA revenue was down 8% in the second quarter compared to a 15% decline in overall GE Power services revenue.

The other way GE Power services generate revenue has been far more problematic. Management has acknowledged the need to restructure and fix its transactional business (around $5.5 billion worth of revenue in 2017), and it set about winning business on its transactional installed base. As such, transactional service revenue was actually up 5% in the first half, but a decline of 21% in the second quarter calls into question whether GE will hit power segment guidance in 2018; management expects significant improvement in the second half.

Simply put, GE needs to improve power services transactional revenue and, in doing so, improve GE Power margin in the second half.

What Siemens said about the market

Whether it's equipment or services, GE needs to see some stability in the end market for gas turbines. Unfortunately, Siemens CFO Ralf Thomas painted a dismal picture of large gas turbine end demand in the next couple of years, "with potentially further declining turbine volumes compared to 2018 with corresponding negative impact on top and bottom line."

Focusing on new equipment sales, Thomas said, "we do see substantial pricing pressure across the board when it comes to new products," and given the end market outlook, it's reasonable for this to continue in 2019.

Turning to services -- an area where Siemens has considerably outperformed GE in recent years -- Thomas has some very interesting commentary. He acknowledged there was pricing pressure in services, too, but "our positioning in terms of technology is allowing our customers to improve their business case by higher levels of productivity by the means of our technology upgrades which we provide to counteract." He went on to argue that "up to now, we could fairly well act in that environment without finally ending up with price erosion."

It's possible he was thinking about GE when he noted that the technology and actions taken by Siemens made a "big difference, and that may also align different perspectives from different players in the market."

The power outlook from Siemens confirms the weak outlook given by GE CEO John Flannery on GE's second-quarter earnings call. It's an environment that's likely to pressure pricing for new equipment and services until 2019 at least. Indeed, Siemens' power and gas adjusted segment margin in the third quarter declined to 6.2% from 10.4% in the same period last year, and GE Power's second-quarter margin declined to 5.6% from 10.6% in last year's second quarter.

Moreover, Siemens expects low to mid-single-digit power and gas margin in 2019 -- implying more pricing pressure -- even as management notes the company has outperformed others in the services market. In this environment, GE has a lot of work to do to significantly expand power revenue, particularly transactional services revenue, in the second half -- something to watch for very closely at the outlook meeting in the fall.