In June of 2015, chip behemoth Intel (INTC -6.41%) announced that it intended to buy Altera, a major supplier of chips known as field programmable gate arrays, or FPGAs, for $16.7 billion. FPGAs, Intel explains, are chips "where a large majority of the electrical functionality inside the device can be changed."

In pitching this big buy to shareholders, then-CEO Brian Krzanich told investors that "product synergies" -- in other words, the combination of Altera's FPGA technology with Intel's own microprocessor assets in areas like the data center and the Internet of Things -- were expected "to drive roughly 60% of the value we create with this acquisition." 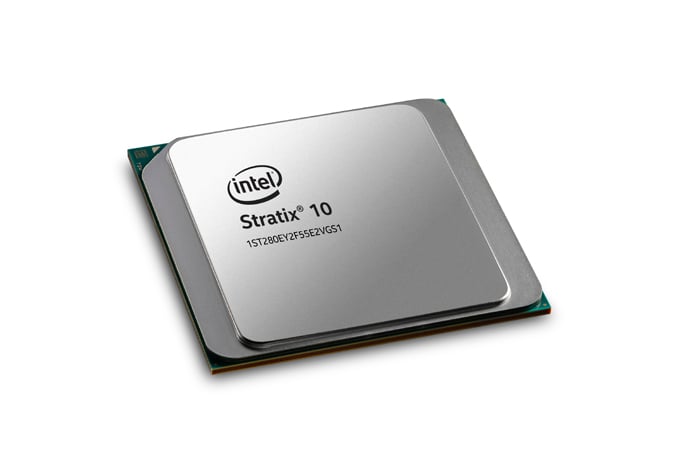 Then-CFO Stacy Smith explained that the remaining 40% of that value creation would come from "meaningful reductions in [operating expenses] and improved competitiveness in Altera's existing product line by bringing them onto our manufacturing processes and using our IDM tools." An IDM, short for "integrated device manufacturer," refers to a company that both designs and manufactures its own chips.

Let's check up on how Altera, now known as Intel's programmable solutions group (PSG), is doing.

Intel said that sales of FPGA products to data center customers grew 140% year over year and sales of its "advanced products" -- that is, products built on 28nm, 20nm, and 14nm chip-manufacturing technologies -- rose about 70% year over year.

"We combined Intel and Altera 2.5 years ago, and we expected a key value driver to be the increasing use of FPGAs in the data center," interim CEO Bob Swan said. "In Q2, PSG's data center business more than doubled for the second consecutive quarter."

Swan made another comment that investors should take notice of: "PSG again set a record for design win volume, indicating customers' confidence in our roadmap and growing adoption of FPGAs for workload acceleration from the data center, through the network, and out to the edge."

The main competitor to Intel's PSG is a company called Xilinx (XLNX). Since Intel made it clear when it announced its intention to buy Altera that it hoped to help Altera gain market segment share, it's worth watching any potential market share shifts between the two companies.

In the table below, I've included both Intel's PSG revenue and revenue growth last quarter as well as those same figures from Xilinx:

Since Intel's PSG grew revenue faster than Xilinx did last quarter, it would seem that PSG gained some revenue share last quarter (although Xilinx still has more overall share of the market).

Based on those growth rates, Intel's PSG appears to have gained share in what the companies refer to as "advanced products" last quarter.

During a question-and-answer session with an analyst in June, Intel PSG chief, Dan McNamara, said that the company "really needed to invest over the last couple years to get back to the pace that the market and our competitors were at."

The executive also said that as far as spending goes, "I believe we got back to where we wanted to be" and that the business is going to focus on "efficiency and also leveraging the best of Intel."