Shares of Exact Sciences (NASDAQ:EXAS) gained as much as 21% in pre-market trading today on moderate volume. The catalyst?

Exact's shares are moving higher in response to a deal with Pfizer (NYSE:PFE) to co-market the non-invasive colon cancer test Cologuard through to 2021. Per the terms of the deal, Exact and Pfizer will reportedly share marketing expenses and gross profits above an agreed-upon baseline. This co-promotional effort is set to kick off in the fourth quarter of this year, according to the press release. 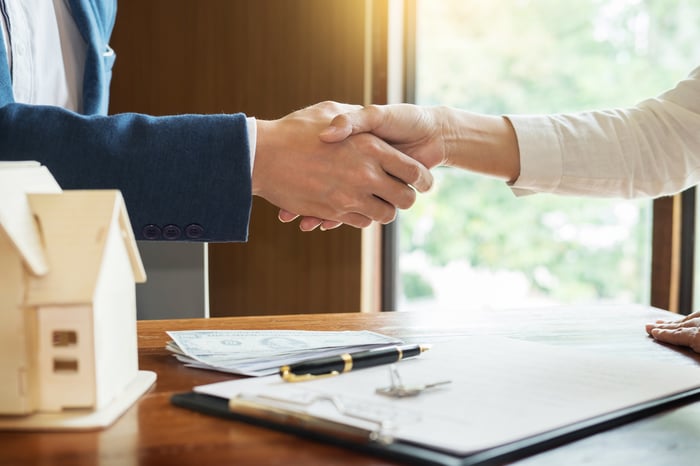 Exact's shares have been on a wild ride this year, thanks to Cologuard's somewhat uneven performance in the marketplace. In the second quarter, for instance, Exact slightly missed Wall Street's consensus estimate for revenue, causing the biotech's shares to tumble by a whopping 22% in a single day.

The problem is that Wall Street's expectations for Cologuard are absolutely sky-high -- evinced by Exact's premium valuation (a price to sales ratio of 17.4). As a result, Exact's shares tend to respond quite negatively to even a minor bump in the road.

The good news is that this co-promotion deal with Pfizer should iron out the kinks in Cologuard's commercial launch. Pfizer's experience and sheer size, after all, should provide a much needed boost to the test's sales momentum going forward.

That being said, Exact's stock isn't necessarily a great buy following this deal. The company's valuation clearly isn't based on its near-term growth prospects, but rather on pure speculation regarding Cologuard's peak sales potential way down the road. As such, this stock is arguably only suited for the most aggressive of investors.