We're now two-thirds of the way through 2018, and the market's faring relatively well. The S&P 500 is trading nearly 9% higher through Thursday's close, but there are several stocks that are doing a lot better than that.

Square (NYSE:SQ), Carvana (NYSE:CVNA), and Etsy (NASDAQ:ETSY) are some of the stocks that have more than doubled this year. They're delivering head-turning gains, and in some cases, surprising investors with their bullish momentum. Let's take a closer look at how these three stocks are generating game-changing wealth for their shareholders in 2018. 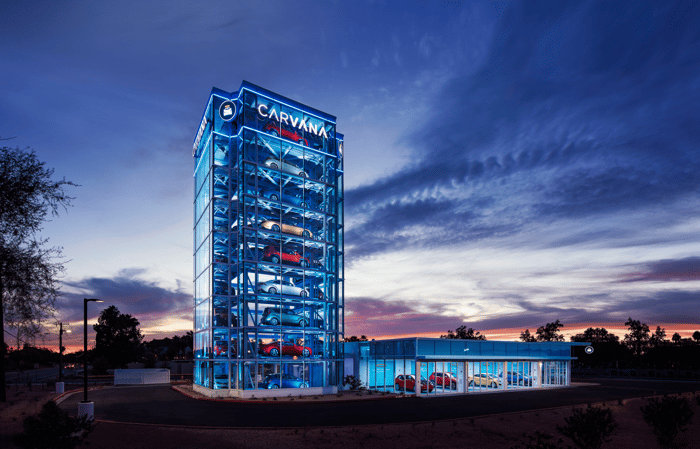 This is the second year in a row that the payment processing specialist has more than doubled. The rally last year was often credited to the bitcoin boom, as Square was one of the first major platforms to embrace cryptocurrency. However, with bitcoin taking a beating this year, it's impressive and encouraging to see Square clearly soaring on its own merit.

Top-line growth has accelerated for five consecutive quarters, as adjusted revenue shot 60% higher in its latest quarter. Gross payment volume on its platform has soared 48% over the past year.

Everything Square touches seems to turn to gold, or whatever the latest electronic currency equivalent of bullion may be. Something as simple as introducing Cash Card -- a debit card tethered to its popular Cash App that was introduced last year -- is already at an annual run rate of $3 billion in transactions.

Buying a used car is no longer a daunting experience for shoppers. Carvana has softened the hard sell, streamlined the process, and electrified the entertainment value of the delivery. Carvana's signature multistory automobile vending machines generate buzz and visual branding, but at its heart, this is the fastest-growing auto retailer in the country.

Revenue skyrocketed 127% in its latest quarter, blasting through analyst expectations of an 103% burst. Sales have more than doubled in each of Carvana's seven quarters as a public company.

Carvana sold 111% more vehicles than it did a year earlier. Expansion is playing the starring role, here, as the used car speedster now has a presence in 75 different markets -- and just 13 of them feature the iconic eight- or nine-story glass-enclosed vending machine that spits out cars as they are purchased. Bears obsessed with branding these glass houses as gimmicks are missing the tech- and consumer-centric initiatives that Carvana is doing to raise the bar on the once-dreaded car-buying experience.

The leading online hub for arts and crafts has overcome initial fears that the world's leading online marketplace operators would put it out of business. Revenue grew 30% in its latest quarter, and while that's not the same kind of scintillating growth that Square and Carvana are cranking out, this is still the fifth straight period of accelerating top-line growth.

The platform for handmade goods is doing right by its merchants and buyers. Gross merchandise sales rose 20% in its latest quarter, and its rapidly expanding services revenue -- up 55% in the second quarter -- is helping spice up revenue gains.

Square, Carvana, and Etsy toil away in entirely different industries, but they all came through with accelerating revenue growth in the most recent quarter. They are also routinely trouncing analyst growth targets, another way to woo investors. None of the three stocks are cheap by conventional valuation metrics, but their ability to deliver upside surprises is a momentum beast that can't be underestimated. Don't bet against any of the three companies until they prove mortal.