Shares of Ambarella ( AMBA -2.22% ) recently tumbled to a 52-week low after the chipmaker followed up a second quarter earnings beat with bleak guidance for the third quarter. Ambarella's revenue fell 13% annually to $62.5 million, but still beat estimates by $0.4 million. 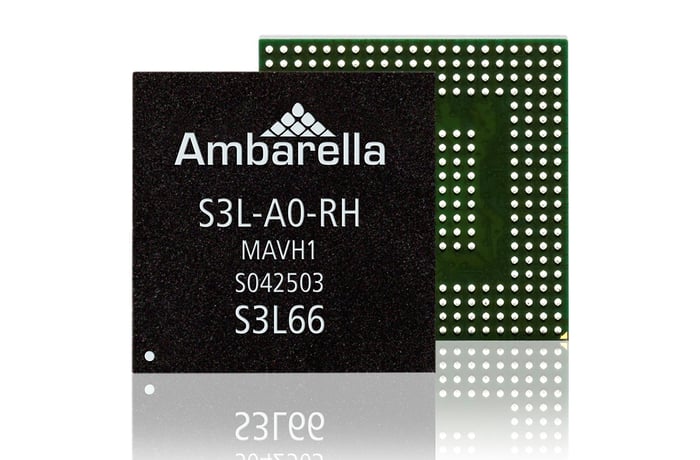 It didn't provide any bottom line guidance, but it expects its non-GAAP gross margin to come in between 59% and 60.5%, compared to 61.4% a year earlier. Analysts expect Ambarella's non-GAAP earnings to tumble 88% during the third quarter to just $0.09 per share, and for its GAAP EPS to stay in the red.

But looking ahead, things could get uglier for Ambarella, for four simple reasons.

Ambarella produces image processing SoCs (system on chips) for action cameras, dash cams, security cameras, drones, and other devices. In the past, it generated most of its revenue from GoPro ( GPRO 1.79% ), the world's top action camera maker. However, GoPro fell on hard times, and eventually dropped Ambarella's SoCs from its newest devices.

Due to that shift, SoCs for older GoPro cameras accounted for less than 1% of its total sales during the second quarter. But without GoPro, Ambarella's core businesses continued to crumble. Here's how badly its sales growth decelerated over the past year.

During the second quarter, Ambarella blamed its decline on weak sales of SoCs for sports cameras, VR devices, and drone cameras. During the conference call, CEO Fermi Wang stated that those markets would remain "under pressure" due to "lower demand" for non-GoPro action cameras, the VR market remaining "nascent", and drone market leader DJI Innovations -- once a top Ambarella customer -- "using its own silicon solutions."

Ambarella is trying to pivot away from those markets with new IP security, automotive, and robotic SoCs, but those markets all remain small. That's why analysts expect Ambarella's revenue to drop 21% for the full year.

2. Enemies at the gates

Ambarella had a first mover's advantage in the image processing SoC market, but it now faces some very tough competitors. 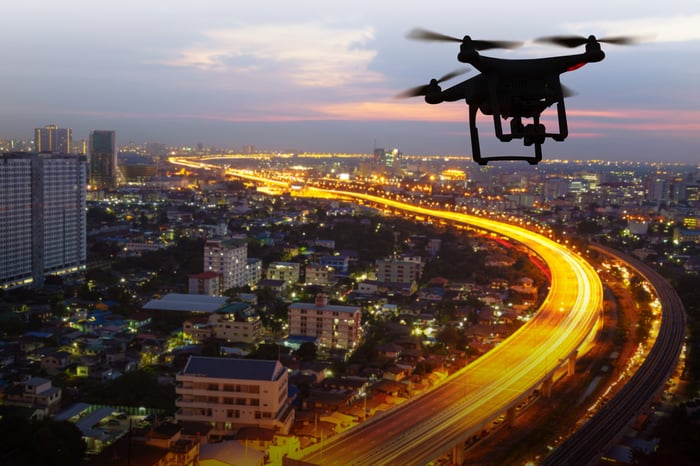 Intel can also bundle Movidius' chips with its Atom automotive CPUs and Mobileye ADAS (advanced driver-assistance systems) for automakers, which could cripple Ambarella's ambitions in automotive chips. Intel is also currently working with BMW and Fiat Chrysler to launch a new platform for driverless cars.

Ambarella is trying to counter Intel's Movidius with its new AI-powered CV-series computer vision chips, which made their market debut earlier this year. However, Intel now has a head start and much deeper pockets -- which makes it hard to take Ambarella's big bet on CV chips too seriously.

Ambarella also faces stiff competition in China, particularly in the security camera market, from cheaper domestic SoC makers. During the conference call, CFO George Laplante admitted that competition in China's security camera market weighed down its gross margins, and warned that tariffs and trade tensions "remain a risk" that could cause Chinese customers to switch to domestic suppliers.

Meanwhile, higher R&D spending on new initiatives like CV chips caused the company to post an operating loss of $6.7 million during the quarter, compared to a slim operating profit of $5.3 million a year earlier.

Lastly, Ambarella still trades at over 70 times this year's earnings and more than 60 times next year's earnings. Those are ridiculously high multiples for a chipmaker that faces decelerating sales growth, brutal competitors like Intel, and plunging earnings.

The bulls might believe that Ambarella's computer vision efforts justify its premium valuation, but I think investors should stick with Intel as the top computer vision play.