Enterprise cloud networking services provider Nutanix Inc. (NASDAQ:NTNX) concluded its fiscal 2018 year with a marked improvement in gross profitability. However, longer-term investments in marketing and research and development compressed bottom-line results. We'll discuss the balance between gross and net profitability below after a quick look at headline numbers from the final three months of the fiscal year: 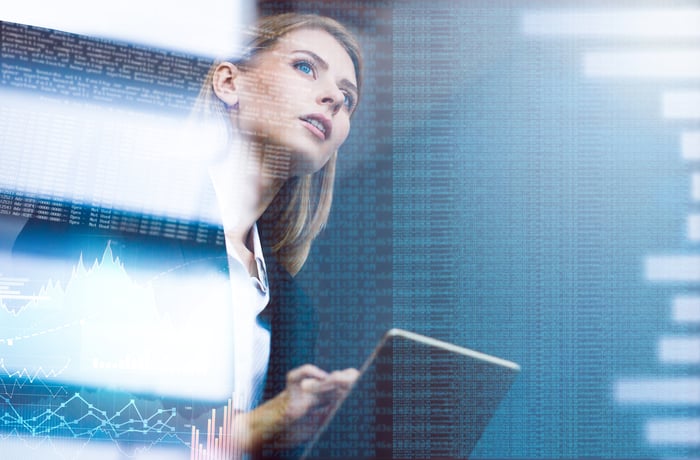 During the company's earnings conference call, Nutanix CEO Dheeraj Pandey reflected on both the quantity and quality of the company's customer base over the last quarter and last fiscal year. Heading into fiscal 2019, Pandey's comments give shareholders a sense of opportunities for recurring revenue and current client expansion, which the company can build on in the coming quarters:

Nutanix typically issues guidance for the following quarter and refrains from providing a full-year outlook. For the first quarter of fiscal 2019, the company anticipates revenue of between $295 million and $310 million, which, as management notes, implies 40% to 45% year-over-year growth in software and support revenue.

The company expects to post a non-GAAP loss per share of between $0.26 and $0.28 next quarter. As I observed above, Nutanix typically incurs a significant amount of stock compensation expense within its three major operating expense categories, and this usually comprises the majority of the difference between GAAP and non-GAAP earnings (or losses) per share. At the midpoint of the provided range, the company's projected loss per share would represent slippage of $0.11 against the $0.16 loss Nutanix posted in the first quarter of fiscal 2018.