As an investor in your 40s, you have enough time and leeway, in terms of the risks you can take, to add more punch to your retirement fund or start building one if you haven't already. One of the best ways to do it is to sock away stocks of companies that are not only building on their prowess to squeeze maximum returns from investments but prepping to exploit future trends. That should ensure you're betting on growth without overstepping the risk zone.

Three such stocks you could consider buying in your 40s to secure your financial future are Visa (NYSE:V), Brookfield Renewable Partners (NYSE:BEP), and Franco-Nevada Corp. (TSX:FNV). While the first two companies are bets on big trends, Franco-Nevada is an offbeat yet promising idea to gain exposure to not just precious metals but also oil and gas.

Cashless is the new cash

Visa has been close to an eightbagger in just 10 years, which means if you'd invested $10,000 in Visa a decade ago and held on to your shares, your money would've grown to nearly $77,400 today. Or more than $83,000 if you'd reinvested the dividends all along.

Past performance doesn't guarantee future returns, but it's highly likely that those who buy Visa shares will earn impressive returns in coming years. The reason? More and more products and service providers are tapping the online route even as brick-and-mortar establishments are going digital. As the largest payments processing company in the world, Visa should hugely benefit from the dynamic shift in the way people transact. 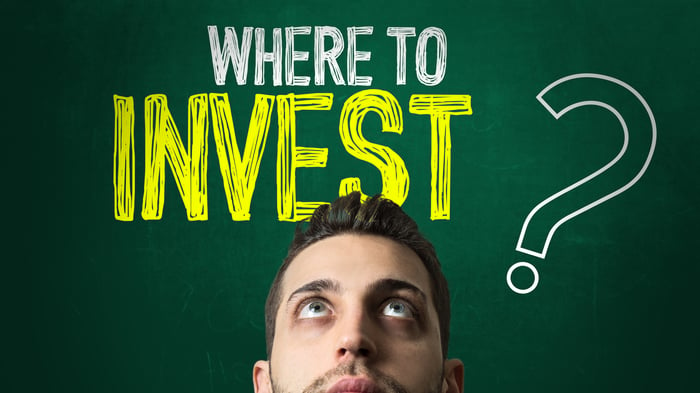 Investing in high potential stocks in your 40s is a smart way to secure your financial future. Image source: Getty Images.

To be clear, Visa doesn't issue the credit and debit cards that you might be using or have seen. Banks issue them, and Visa processes the transactions. So every time someone swipes a Visa card or uses it for online transactions, the company earns a transaction fee aside from revenue for data processing and foreign exchange translation.

This business model is so lucrative that Visa earns operating margins north of 60%. A push toward digital payments and e-commerce, in particular, means Visa's business could grow without the company having to do much. As more merchants offer cashless payments, more people use cards and the more money Visa makes. Even as the company enjoys the network effect, its investments in future technologies like blockchain and high-growth international markets make it a top stock to own today.

It's smart to invest in clean energy now

The American Council of Renewable Energy believes that private investment in the renewable energy sector in just the U.S. could hit $1 trillion between 2018 and 2030. So how about scooping up some shares in one of the world's largest renewable power companies?

Brookfield Renewable Partners currently owns 876 power generation facilities across North America, South America, Europe, and Asia, with nearly 17,400 megawatts of capacity. The company has a diversified portfolio, with hydroelectric power making up roughly 76% of it, wind 20%, and solar 4% as of the second quarter. The company also deals in distributed generation and owns storage facilities.

With more than 90% of its revenue contracted under long-term power purchase agreements, Brookfield can generate stable and predictable cash flows. That explains why the company could grow its dividends at a compound annual rate of 6% since 2012. That dividend growth has reaped rich returns for patient shareholders, as the chart below reveals. Total returns include the appreciation in stock price as well as reinvested dividends. 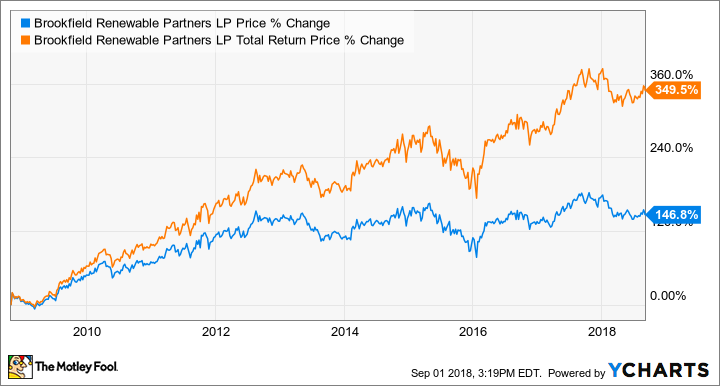 Brookfield has nearly 8,000 megawatts of capacity under development and is confident that its existing business and pipeline can generate enough cash flows to back 5%-9% growth in annual dividends in the long run. That's impressive, as it also means Brookfield's growth prospects could be even bigger if it decides to expand via acquisitions or mergers in coming years. That makes for compelling opportunity, especially when you factor in the stock's hefty yield of 6%.

Invest in gold, silver, platinum, and oil and gas with one stock

Broadly speaking, precious metal stocks have mostly been a bummer in recent years, but Franco-Nevada is an exception: The stock's up 50%, including dividends, since listing on the New York Stock Exchange in 2011 even as some of the biggest gold miners lost investors massive amounts of money during the period. Thank Franco-Nevada's business model. 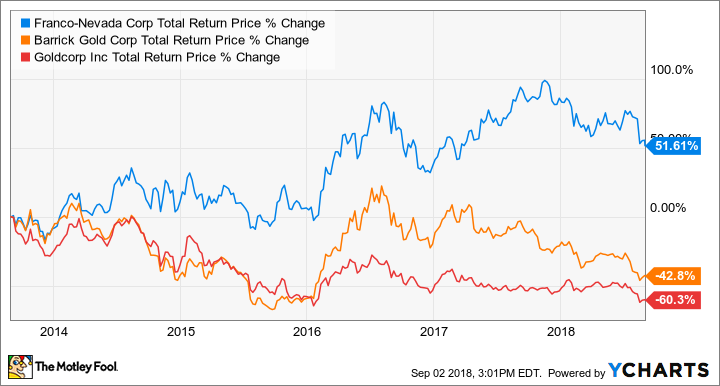 Franco-Nevada primarily sells precious metals like gold, but it doesn't extract them like a mining company would. Franco-Nevada is a precious metals streaming company, which means it buys metals from miners at low prices as and when produced in return for paying them up front. Streaming is a high-margin business as Franco-Nevada doesn't bear the costs and risks of operating mines. Aside from gold and silver, Franco-Nevada also deals in the platinum group of metals and oil and gas, and that's where it stands out from the crowd.

So far, Franco-Nevada has invested roughly $560 million in oil and gas royalty interests in the U.S. and has committed another $300 million between 2019 and 2021. The company recently reported solid numbers for oil and gas, boosted its guidance, struck a deal with Continental Resources, and now expects revenue from oil and gas to jump almost 155% between 2017 and 2022.

There's another feather in its cap: It has increased its dividends every year for 11 years now. I can't think of a precious metals miner with a dividend streak that comes close. I consider Franco-Nevada one of the best ways to invest in precious metals, and its leverage to oil and gas further strengthens my conviction.