Sidoti doubts the stock's a bargain.

If that sounds like a curious reaction to iRobot's announcement that it has invented a Roomba that can empty its own dustbin, well, it is and it isn't. Most likely, the reason this stock is down today has nothing to do with iRobot's new "Roomba i7+" vacuum. Instead, it's a downgrade from Wall Street that really sucks for investors. 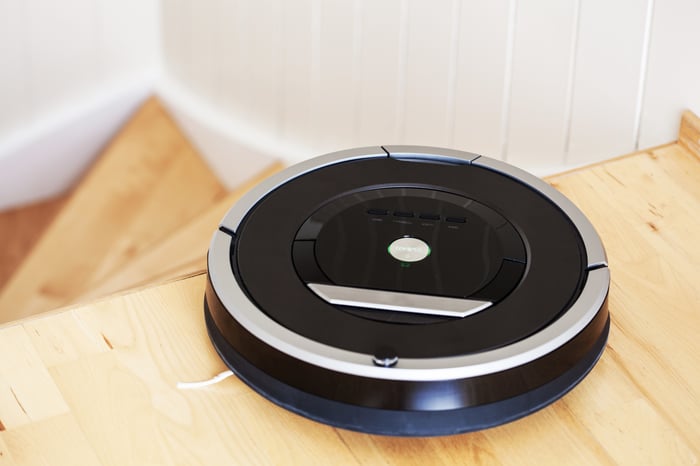 iRobot makes vacuums to keep your floors clean -- but it was iRobot shareholders who got taken to the cleaners today. Image source: Getty Images.

This morning, analysts from equity research firm Sidoti & Company announced they're cutting their rating on iRobot stock from buy to neutral.

The reason for this, as explained by TheFly.com today, boils down to valuation. Up 19% over the past year, iRobot stock hasn't really run away from the S&P 500's performance, which is up 17% itself. Nonetheless, Sidoti seems to think that 52 times earnings is too much to pay for iRobot stock, which most analysts believe will grow earnings at only 20% annually over the next five years.

Is Sidoti right about that? Maybe.

Historically, iRobot has often carried high valuations. Still, according to data from S&P Global Market Intelligence, the stock's average multiple to earnings over the past five years has sat significantly below where it is today -- about 35.5 times earnings, to be precise. If iRobot stock should ever decide to revert to its mean valuation, that would imply about a 33% decline in share price.