This healthcare REIT, gold stock, and solar power play are on these investors' radar right now.

Mid-cap stocks are right in the sweet spot for many investors. With market capitalizations between $2 billion and $10 billion, they aren't nearly as volatile as their small-cap brethren, but also tend to have better growth potential than large-cap stocks. 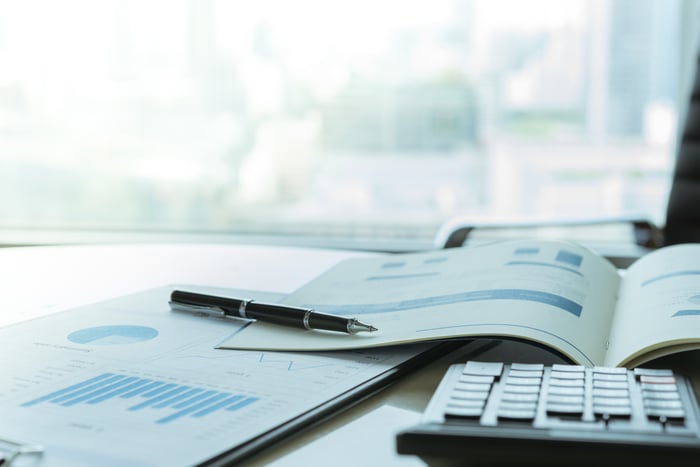 There are a couple of big reasons I like healthcare real estate and Physicians Realty Trust in particular.

First, there's a huge demographic shift underway in the United States, and it should be a big positive catalyst for healthcare real estate. It's no secret that older people use healthcare more, and the senior citizen population is expected to roughly double by 2050. This will create a growing need for new healthcare facilities, such as medical offices.

Second, there's a big opportunity for consolidation in the existing medical office inventory. It is estimated that less than 15% of medical office properties are REIT-owned, far lower than most other types of commercial real estate. Since a cornerstone of Physicians Realty Trust's business model is to leverage its relationships with doctors and health systems to find acquisition opportunities, the company could still be in the early stages of its growth story.

In addition to the incredible long-term growth potential, Physicians Realty Trust is an income investor's dream, with a 5.4% dividend yield that's well covered by its earnings. And considering the growth opportunities I mentioned, I wouldn't be surprised to see the payout steadily climb.

This gold stock looks tempting at its current price

Neha Chamaria (Royal Gold): Critics might argue that precious metals aren't the space to be in right now, but these fearful times should most excite any investor looking for exposure to gold. The one gold stock that has caught my attention is Royal Gold. The stock has an excellent track record of beating the yellow metal as well as leading gold mining stocks in the long run -- a trend I believe will continue for a couple of reasons. 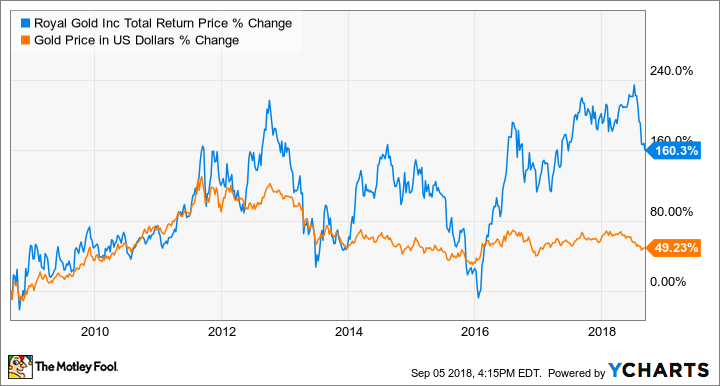 The chart above shows returns that are among the best-in-class, which can largely be attributed to Royal Gold's business model: It is a gold streaming and royalty company, which means it doesn't own and operate mines but buys metals from miners at reduced prices in return for funding them up front. It's lucrative in many ways. For evidence, look no further than the company's latest numbers.

During its financial year ended June 30, 2018, Royal Gold generated record operating cash flow worth $329 million. It was the second straight year of record revenue and cash flow for the company. Royal Gold's cash flows, in fact, grew at a compound annual rate of 22% in the past five years during a period when gold prices remained flattish. Even better, the company increased its dividend for the 17th straight year last fiscal year. That dividend streak is testimony to Royal Gold's operational and financial fortitude in a volatile industry.

A bright opportunity in the solar industry

Tyler Crowe (SolarEdge Technologies): The economics of solar power have come a long, long way over the past decade. According to Lazard's levelized cost of energy research report, photovoltaic solar panel costs per megawatt hour of energy produced has decreased 86% since 2008. Moving so far down the cost curve in such a short time has made smaller-scale installations like those on residential or commercial rooftops economically competitive with conventional electricity sources. As a result, residential and commercial scale applications are becoming a larger portion of total installed solar power capacity.

One company that has helped to fuel the surge in smaller-scale applications is SolarEdge Technologies. The company builds the components necessary to convert the power produced by panels (direct current) into the power used in homes and businesses (alternating current). While the process of "inverting" current isn't necessarily a complex one, it's the other things that SolarEdge's components do that enabled the company to capture a dominant market share in a few short years, notably the ability to maximize the output of each individual panel and provide individual panel monitoring. These components are essentially the brains of a solar installation and will play a critical role as solar power gets combined with energy storage.

The combination of solar's rapid rise and SolarEdge's ability to capture market share has led to fantastic growth over the past few years. What's more, the high margins of its components have translated into earnings and free cash flow growth that you don't normally find in fast-growing companies of this size. 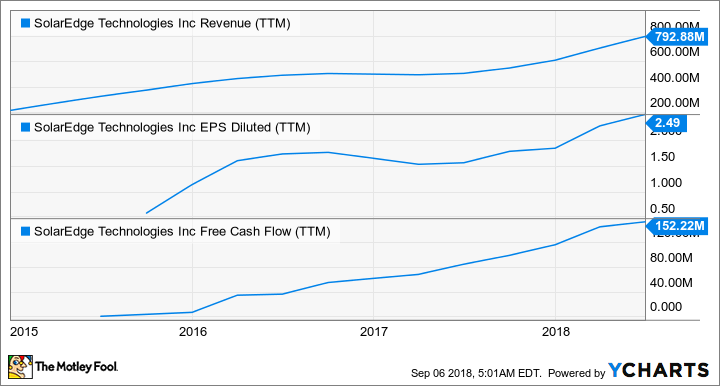 There are some fears that solar power installation rates are going to stall out over the next year or so from tariffs and uncertainty related to certain tax subsidies. Also, competitors have seen SolarEdge's margins and are looking to take a piece of the pie. This may slow the company's growth a bit, but there is a lot of pessimism baked into the stock recently, with shares trading at a price-to-earnings ratio of 19. For a company with long-term growth prospects and a profitable business model like this one, SolarEdge Technologies looks like a great buy. So much so that I recently bought shares myself.