It looks like one potential suitor to take the Chinese operator of KFC and Pizza Hut private is walking away from the negotiating table.

Shares of Yum China Holdings Inc. (YUMC -0.63%) were down 12.5% at 12:14 p.m. EDT on Tuesday, following a Bloomberg report that a consortium of Chinese investors was walking away from its attempt to acquire the company. After today's drop, the company's shares are down 19% so far this year, and more than 30% from their peak.

The consortium, which includes investment firm Hillhouse (a big early backer of multiple major publicly-traded Chinese companies), was first reported to have made an offer to Yum China in late July. But apparently the company rejected the first offer in late August, which was reportedly for $46 per share. 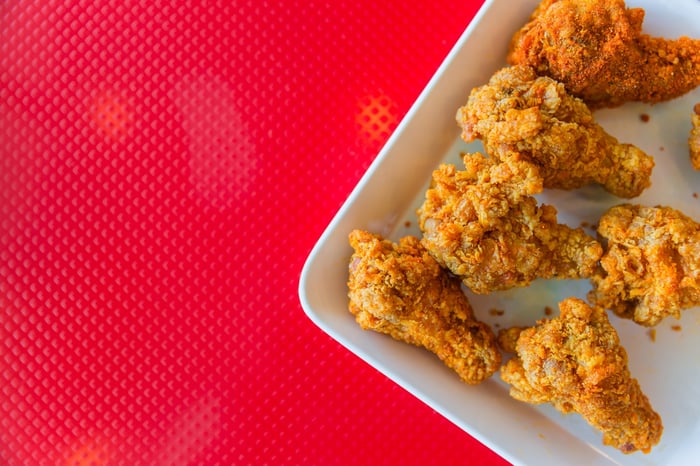 Yum China has a massive head start over every other restaurant company in the country, commanding over 10% of the Chinese restaurant industry and more than double the market share of the No. 2 chain. Furthermore, management continues to see a clear path to 20,000 total locations, more than double the current approximately 8,200 restaurants. Needless to say, that giant scale advantage plus long-term potential are clearly attractive to acquirers, at least up to a point.

Apparently, the Hillhouse-led consortium reached a point in the negotiations where either it wasn't willing to pay the premium Yum China's management was demanding, or it realized Yum's management and board weren't really interested in going private.

Following today's news that Hillhouse and its partners were walking away from the table, shares of Yum China currently trade for almost exactly where they were the day before news of a potential acquisition came out: 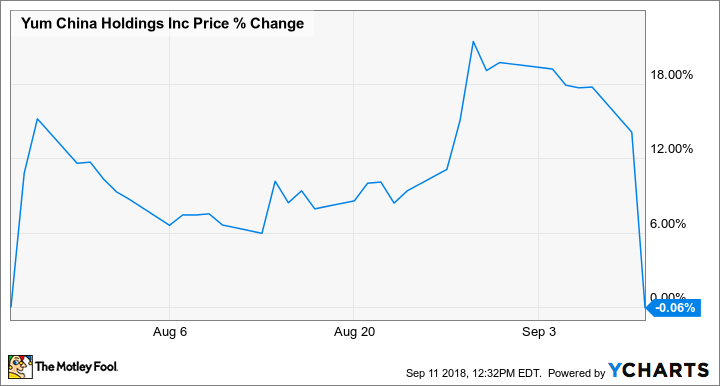 From a valuation perspective, that works out to less than 17 times trailing earnings, cheaper than just about any other major fast-food restaurant company, and by a pretty wide margin. Furthermore, Yum is also exposed to what is still the best growth market for fast food and casual dining in the world in China, with its quickly expanding middle class and urban/suburban population.

Yes, there are risks for an American brand in China, particularly if the ongoing trade dispute between the two countries ignites anti-American sentiment. There's also the reality that competition is heating up, and it will be very hard for Yum China to maintain its market share lead over the competition, both foreign and domestic.

But I think its long-term growth prospects are worth more than enough to offset these risks, particularly with its shares trading at a discount to its peers. Whether another buyer emerges or not, and even considering the risks, Yum China looks like a solid long-term investment at today's price.