Masimo Corporation (NASDAQ:MASI) stock climbed 18.6% in August, according to data provided by S&P Global Market Intelligence. The healthcare technology and device company's share price jumped following the publication of its second-quarter results and continued to climb throughout the month. 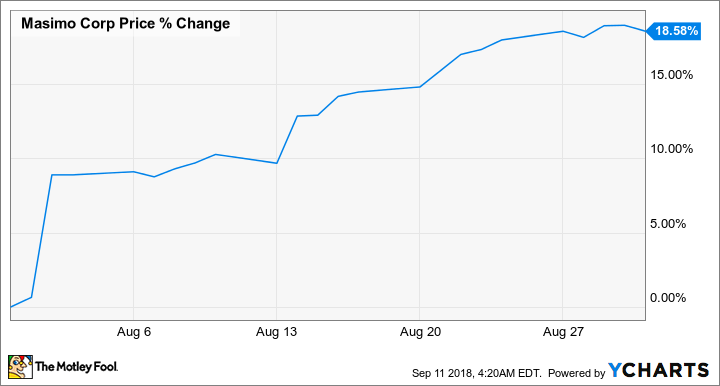 Results for the company's quarter ended in June came in better than anticipated. Earnings per share for the period arrived at $0.73, rising 33% year over year on an adjusted basis and beating the Zacks Consensus Estimate's call for $0.72. 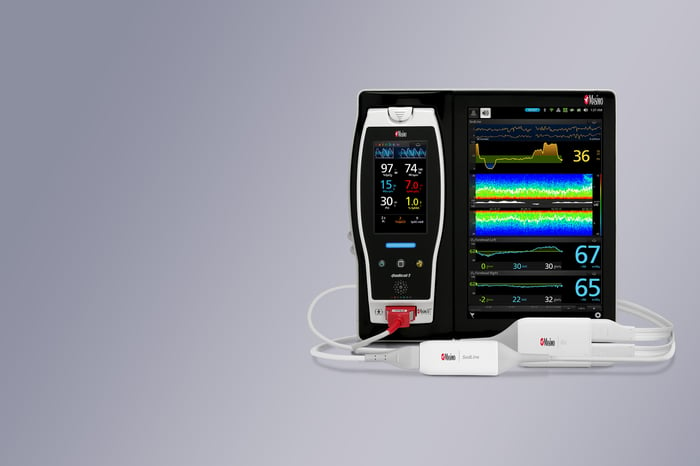 Masimo published its second-quarter results after market close on Aug. 1. Product revenue for the period climbed roughly 12% year over year to reach $202 million. The company shipped a record 58,700 noninvasive technology boards and monitors in the quarter. Including royalties and other revenue, total sales for the period were $211.6 million.

The company raised its full-year guidance following the better-than-expected performance. It now forecasts total sales for the year to come in at $850 million including royalties and other revenue, up from its previous target of $836 million. It also raised its target on product revenue from $818 million to $822 million and its non-GAAP earnings target for the year by $0.02 to $2.90.

Masimo also touted a new study published on Aug. 13 that showed that its pulse oximetry technology for monitoring oxygen levels in blood could be used to identify obstructive sleep apnea (OSA) in children with down syndrome. From the press release:

The researchers concluded that "universal screening for OSA in children with DS using simple pulse oximetry parameters could halve the number of children requiring specialist multichannel studies. Pulse oximetry is widely available, well tolerated, readily acquired in the home and its adoption could reduce the burden on health services and families alike."

The study appears to have correlated with an increase in the company's stock price.

Masimo has ongoing growth opportunities as it expands its lines of in-home and hospital-based monitors and branches into new geographic segments, but investors will have to weigh its strengths and determine whether it will be able continue posting rapid growth. The company has a market capitalization of roughly $6 billion and is valued at roughly 40 times this year's expected earnings.