Turkish telco Turkcell Iletisim Hizmetleri ( TKC 0.54% ) closed up 11.6% on Thursday after the country's central bank announced a big boost to interest rates -- 24%, or 6.25 percentage points more than previously -- boosting the Turkish lira's value against the U.S. dollar for the third straight day. 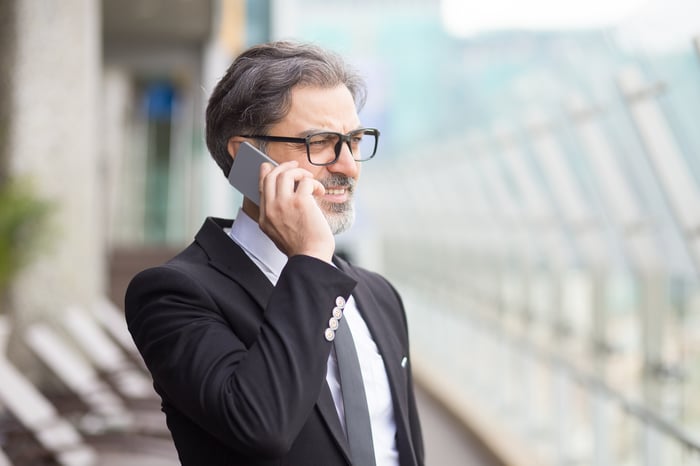 They say the definition of insanity is "doing the same thing over and over, hoping for a different result." If that's the case, then insanity seems to be working out pretty well for Turkey. When Argentina's central bank tried a similar gambit last month -- hiking interest rates 15 percentage points to 60% -- the Argentine peso actually declined, rather than rose.

But what does any of this have to do with Turkcell stock? Why would a higher interest rate, or a more valuable Turkish lira, be good news for Turkcell?

Simply for this reason: Turkcell carries $2.5 billion in long-term debt on its balance sheet. Relative to cash reserves of just $1.5 billion, that means the company has net debt of $1 billion, most of which is foreign currency debt. The weaker Turkey's currency, the more lira Turkcell must spend to pay interest on (and pay back) its debts. The stronger the currency, though -- and the Turkish lira did get a bit stronger today -- the cheaper everything is for Turkcell.

Admittedly, there's still a question of whether a mere 4% strengthening in the Turkish lira (that's about how much the currency gained today) justifies a near-12% increase in the value of Turkcell stock. Personally, I think that might be a bit of an overreaction.

That being said, with Turkcell stock valued at only 6.4 times earnings today, the stock was probably oversold and due for a relief rally on any good news. Today's news fit the bill, and that's why Turkcell stock popped.