Please ensure Javascript is enabled for purposes of website accessibility
Log In Help Join The Motley Fool
Free Article Join Over 1 Million Premium Members And Get More In-Depth Stock Guidance and Research
By John Bromels - Sep 14, 2018 at 9:17AM

The two energy industry partnerships have similar unit prices. Which one is the best pick?

But a boring business can bring exciting returns to your portfolio, particularly when it yields north of 5%. And if those 5%-plus yields are coupled with a compelling thesis for growth, you might just have a bargain on your hands. Let's take a look at two pipeline businesses currently yielding more than 5% -- Magellan Midstream Partners and Enterprise Products Partners -- to see which one's the better buy. 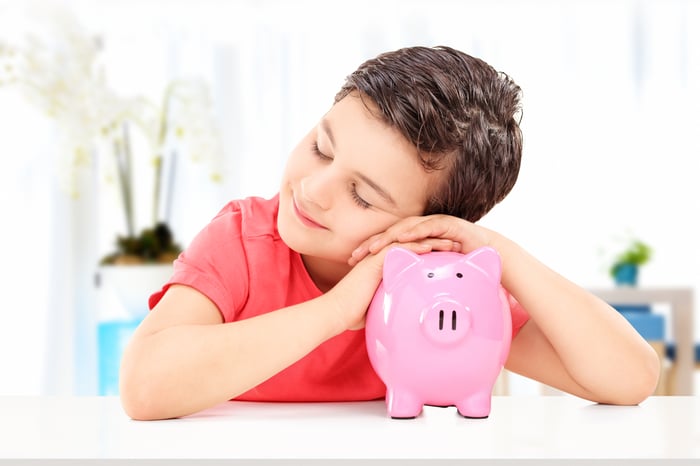 Investing in top oil and gas pipeline stocks may put you to sleep, but they can also pay big dividends. Image source: Getty Images.

Giving yourself some cover

Both Magellan and Enterprise are master limited partnerships (MLPs) rather than traditional corporations. In exchange for preferential tax treatment, they pay out almost all of their income to their unitholders in the form of distributions, in a process much like the paying of dividends to corporate shareholders. That's why MLP yields tend to be higher than those of the average stock. (Fair warning: It also means MLP unitholders need to jump through some extra hurdles come tax time.)

For companies whose yield is so important, good yield coverage is essential. If an MLP's coverage ratio -- which shows how many times the company could cover its distribution using available cash flow -- is at or near 1.0 (or, worse, below 1.0), the partnership will need to take on debt, sell assets, or cut its distribution. Obviously, none of those are good situations for investors.

Here's how the two companies stack up in terms of yield and yield coverage:

Neither Magellan nor Enterprise seems to be in any imminent danger of a distribution cut. Rather, each has an impressive streak of dividend increases. Each also has ample coverage for its distribution, and even if that changed suddenly -- which seems unlikely -- their excellent debt ratings would make it easy for them to finance some of their distributions with debt.

Speaking of debt, energy infrastructure MLPs tend to take on high levels of it to fund their large infrastructure development projects. That means taking on additional debt to fund a distribution isn't always feasible. Luckily, in the case of Magellan and Enterprise, their conservative management teams have kept them at comparatively good debt ratings and low levels of debt relative to their peers:

Magellan and Enterprise have identical investment-grade debt ratings from the ratings agencies. Better yet, each partnership's debt level is well below five times EBITDA, which is considered the highest desirable limit. Magellan's debt-to-EBITDA ratio is lower on both an absolute and an adjusted basis, but not by a significant amount.

Both companies are about even by these metrics; neither seems in any danger of a distribution cut. So let's take a look at what management has planned for them.

Magellan Midstream Partners operates the largest refined products (mostly gasoline and diesel) pipeline network in the U.S. It also transports crude oil through another pipeline network. It also operates a series of marine terminals. To continue its growth, Magellan is pursuing $2.5 billion of organic growth projects over the next two years, including a crude oil pipeline that will connect the red-hot Delaware Basin to Houston, and a marine terminal in Pasadena, Texas.

Magellan expects to grow its distribution by 8% in 2018, but expects a slightly lower growth rate for 2019 and 2020, though it's targeting at least 5.5% growth. That's lower than the 12% compounded annual growth rate it's averaged since 2001, but is still respectable.

Enterprise is a bit more diversified than Magellan in that it not only transports refined products and crude oil, but also natural gas, natural gas liquids (NGLs), and petrochemicals through its 50,000 miles of pipelines, but the bulk of its network (59%) is devoted to NGLs. And while Enterprise, like Magellan, is investing heavily in new pipelines over the next few years -- including, like Magellan, numerous projects serving the Delaware Basin -- the company is also making big investments in export terminals.

Enterprise is betting that the U.S. petroleum boom is going to outstrip domestic demand, and that the U.S. is likely to become a major exporter of petroleum. In particular, Enterprise projects that crude oil exports will double by 2021 and nearly quadruple by 2025. Currently, about 82% of U.S. petroleum exports are refined products, but Enterprise is jump-starting its crude export capabilities by developing a crude oil export terminal off the Texas Gulf Coast capable of fully loading very large crude carriers (VLCCs), which have a capacity of about 2 million barrels of oil apiece.

According to Enterprise's CFO Brian Bulawa on the most recent earnings call, though, the company is projecting distribution growth of about "a quarter of a penny per unit per quarter" for 2018, to be reassessed in 2019. At a current quarterly distribution rate of $0.43, that amounts to only about 2.3% growth in 2018, much lower than Magellan's. Without a forecast for future years from Enterprise, it's tough to make long-term comparisons, but it seems unlikely, even if growth skyrockets, that Enterprise's management would suddenly triple its distribution growth, which is what it would have to do to be competitive with Magellan's projections.

This is a really close contest, and investors would probably be happy buying either of these MLPs. Both have low debt compared to their peers, good yields, substantial distribution coverage, and growth in the pipeline. But Magellan's higher forecast for its distribution growth makes it the better buy.

That's not to say that Enterprise isn't a good buy -- in fact, with its focus on exports and the potential growth in that area, an investor could easily justify buying shares of both. But if you only have room in your portfolio for one of these energy players, Magellan Midstream Partners is your best bet.