Apple's (AAPL 3.19%) 2018 iPhone lineup includes three new versions of the iPhone X, which was the 10th-anniversary edition of the smartphone, released last year to much hoopla. The new iPhones include a remastered iPhone X called the iPhone XS, a larger iPhone XS Max, and a cheaper iPhone XR. The 5.8-inch XS starts at $999, the 6.5-inch XS Max starts at $1,099, and the 6.1-inch iPhone XR starts at $749.

By doubling down on its iPhone X model, Apple seems to be indicating that it is pleased with how its original iPhone X sold this year. As an early adopter of this much-hyped $999 iPhone X model, I have about a year's worth of experience with the device on which to base my opinion. As people start to consider opening their wallets for one of the three updated models, I'd like to give an honest take on whether I think my iPhone X was worth the steep price tag. 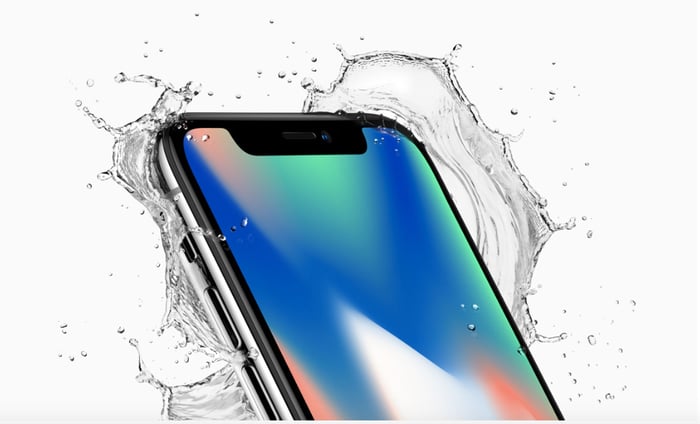 Apple's iPhone X is expensive but has been a best-seller. Image source: Apple.

I won't lie: Peeling back the protective layer on my brand new iPhone X last November made me feel like I was a kid on Christmas morning again. The phone's best feature is its stunning high-resolution edge-to-edge screen. Watching videos and looking at pictures on the device is a dream because of its bright and colorful display.

The edge-to-edge screen required Apple to do away with the home button in favor of a swiping up motion to return "home." You would think that, after using the traditional home button on my old iPhone for five years, I would struggle to adapt to this new motion. However, the motion actually felt natural from the start -- and it's incredibly fast. Now I prefer this quick finger flip to pressing down on a button.

The missing home button also meant that Apple had to replace its Touch ID system for unlocking smartphones with Face ID. This means that, instead of scanning my fingerprint, the iPhone X scans my face. I felt sure this feature would be glitchy, working only 60% of the time or so, but I was wrong. The facial scanning is incredibly convenient and even works in the dark. I remember I used to get frustrated with Touch ID because it wouldn't work when my finger was wet or had food residue on it, so this was a nice update.

Lastly, I can't list the perks of the iPhone X without praising its camera, which features a 12-megapixel rear camera and a 7-megapixel front camera. This past year, I became the designated photographer on the many trips I took, simply because of my phone.

The camera works well in low-light conditions and the portrait mode takes DSLR-worthy photos. The best part is that I can still fit it into my pocket. I traveled to Switzerland, Iceland, and Thailand this year. For each trip, I just took my iPhone X and never found myself wishing I had lugged my DSLR camera overseas.

The thing that irks me the most about the iPhone X is simply that it didn't blow me away. Nothing about the phone was life-changing for me, so I felt it didn't live up to the hype it received prior to its release.

But specifically, there are two features I'd like to point out. First, Apple was very excited to release Animoji, or animated animal characters that you can send as text messages. The phone uses facial scanning technology to allow the animals to mimic your own facial movements. I used this feature exactly one time this year, and it was on the day I got the phone. To me, it's a pointless feature, and I can't see why anyone would regularly use it.

My second gripe is that it's too easy to accidentally take screenshots on the iPhone X by accidentally pressing down on the power button and volume button at the same time. It's so natural to place your fingers in that position that I'm not sure why Apple made that the designated motion to capture your screen.

Conclusion: Would I buy it again?

As you can see, neither of these gripes is huge. But the main issue for me is that the iPhone X is a good phone, but nothing earth-shattering. I'm happy with the iPhone X, but I think I would have been just as happy with the $699 iPhone 8 or the $799 iPhone 8 Plus that came out at the same time. The only major thing I would have missed out on was the sleek bezel-free design. But I'd be fine with having a home button on my phone and saving $200-$300.

From looking at the specs of the latest iPhones, it doesn't seem like Apple has made dramatic leaps from last year's models. If you want the advice of a seasoned iPhone X owner, I recommend going for one of the cheaper models to save money because there probably isn't enough difference between them to justify the price.