Worries that Trump Administration's tariffs on solar panels manufactured abroad would hurt American solar companies have weighed on SunPower (SPWR 2.01%) stock this year. From a high near $10, SunPower had fallen by as much as one-third through the close of trading yesterday.

But that was yesterday. Today, SunPower stock is soaring -- up 15% as of 1:20 p.m. EDT on Tuesday after a company statement confirming that SunPower has won exemption from the tariffs on its solar panels. 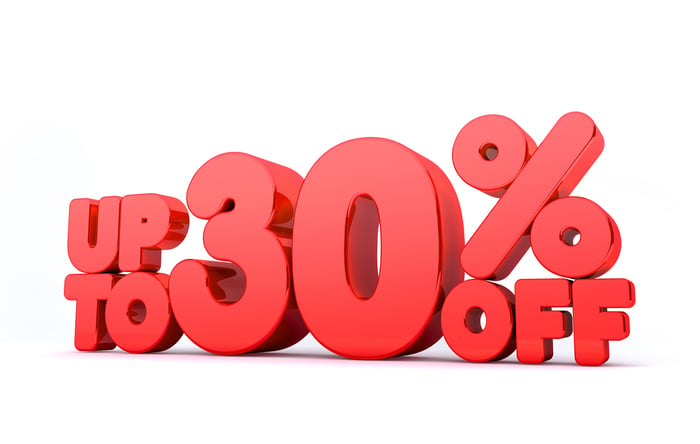 Thanks to President Trump, SunPower's solar panels could soon be 30% cheaper than the competition's. Image source: Getty Images.

As Reuters reports, SunPower produces most of its solar cells and modules in Mexico and the Philippines -- not China, the focus of the trade war -- before importing them into the U.S. for installation as solar panels. What's more, SunPower management has been arguing to the U.S. Trade Representative (USTR) that its products are of higher quality than "cheap, commoditized imports" from China.

Today, that argument won out, and SunPower confirmed that on Wednesday, the USTR will announce that "SunPower's highly differentiated IBC cells and modules are excluded from tariffs" of up to 30%.

By being able to sell its solar panels for 30% less than what rival importers must charge, SunPower will gain a great advantage. And by creating a lot of padding between the prices SunPower can charge, and the prices rivals now must charge, it could give SunPower room to charge more for its panels going forward -- creating the potential for fatter profit margins.