Following the lead of famous investors can be a great way to source ideas for stocks, especially ones who have generated returns that outpace the broader market over a long period of time.

So, we asked three Motley Fool contributors to each highlight a stock that has caught the eye of billionaire hedge funds, why they are buying, and why you might want to consider doing the same. Here's why they picked United Technologies (NYSE:RTX), PG&E (NYSE:PCG), and Berkshire Hathaway (NYSE:BRK.A) (NYSE:BRK.B). 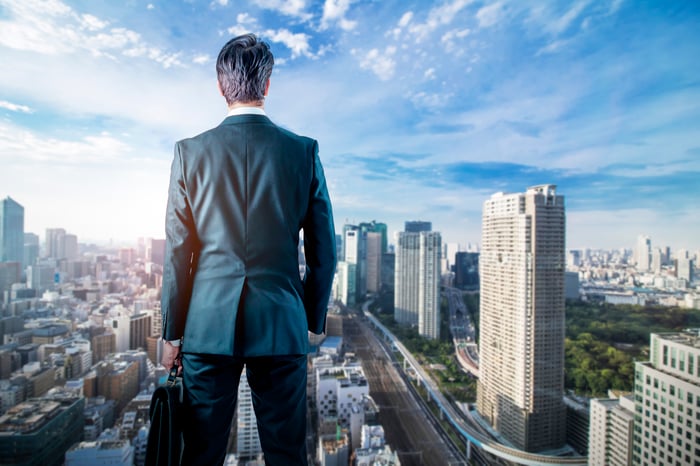 Two billionaires, one stock, one motive

Neha Chamaria (United Technologies): Billionaire investors often back up the truck on a stock, vying an activist position and targeting a major company shakeout, usually driven by their beliefs that it will help unlock greater shareholder value. What you don't get to see often, though, are two big investors building up big stakes in the same stock with equal aggression. That's what's happening at United Technologies.

United Technologies has also caught activist investor Dan Loeb's attention. In the last quarter of 2017, Loeb's hedge fund, Third Point, initiated a "significant stake" in the company. As of June 30, United shares made up 6.62% of Third Point's portfolio.

Both Ackman and Loeb are pushing United Technologies to split. In their respective letters to investors, Ackman stressed how the stock isn't reflecting a particularly strong aerospace business while Loeb emphasized how a split into three stand-alone businesses should help United realize its full potential.

These investors aren't off the mark. As my colleague Lee Samaha pointed out, there's a strong case to be made for United Technologies to break up, though it's worth noting that the company is already on a strong footing. For now, it seems management will go Ackman's and Loeb's way sooner rather than later even as United Technologies prepares to close its $23 billion of Rockwell Collins in the coming weeks. This is going to get interesting, so watch United Technologies closely.

Tyler Crowe (PG&E): I'm typically loath to follow most hedge funds into an investment, mostly because I'm skeptical that most of them intend to invest on a time horizon similar to my own or other individual investors. All too often, they say they are unlocking value, which normally means raiding the cupboard with plans for breakups, spinoffs, or initiating massive buyback plans to make a quick buck over a year or so.

One of the few hedge funds I do follow, though, is Seth Klarman's Baupost Group. Instead of taking on activist investor crusades like others, Klarman prefers to identify value situations and hold those stocks for longer periods of time. His approach more closely resembles an investment style that individual investors can follow, and he does have an enviable track record compared to many others in the business.

Even though Klarman has said recently that there aren't a lot of opportunities out there because of high valuations, one stock he wasn't afraid to step into recently is California electric and natural gas utility PG&E. Over the past year, the stock has declined more than 33% after the company announced it was suspending its dividend and there were legitimate fears that the company could go bankrupt because of "uncertainty related to causes and potential liabilities associated with the extraordinary October 2017 Northern California wildfires." This led to a situation where PG&E's price to book value fell well below its utility peers. 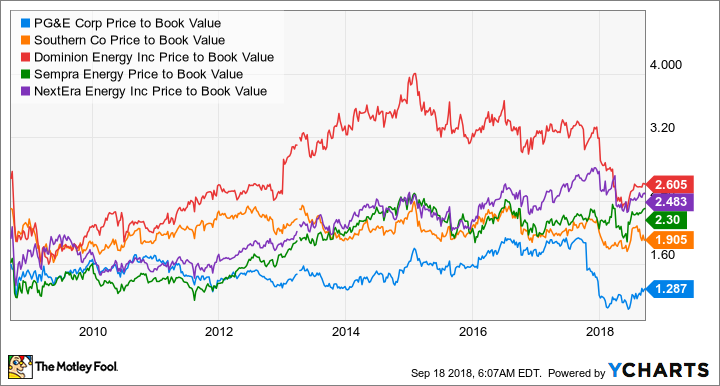 Since then, however, recently passed legislation in California will limit PG&E's liability related to those wildfires and that the company can raise capital backed by expected rate increases to make the necessary investments in improving its infrastructure. This drastically reduces PG&E's credit risk and could even lead to high earnings over time because of the guaranteed rate hikes.

Following Klarman into a situation like this isn't for the faint of heart. This is clearly a special situation on a distressed utility company. For those looking for a dirt-cheap utility stock that will likely return to paying a dividend sometime in the future, though, PG&E is worth a look. 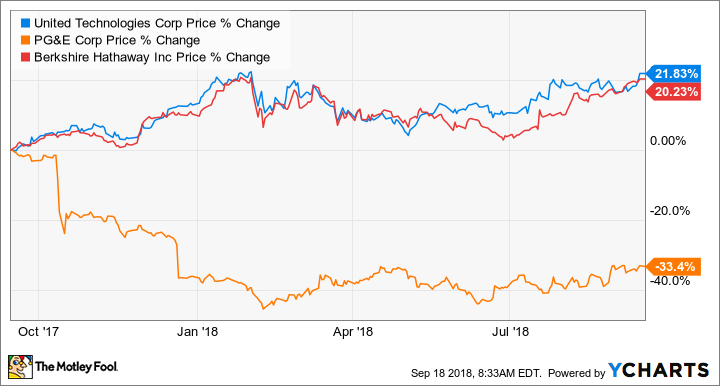 One stock we know Warren Buffett is buying now

Matt Frankel, CFP (Berkshire Hathaway): Generally speaking, we have to wait for about a month and a half after the end of each quarter before we know what stocks Warren Buffett and his team bought for Berkshire Hathaway's portfolio.

However, in a recent interview, Buffett confirmed one stock that he's buying: Berkshire Hathaway itself.

Berkshire's board recently modified its share buyback plan. Now, Buffett can buy back shares at any time that he and Vice Chairman Charlie Munger both agree that the stock is trading for less than its intrinsic value. And Buffett confirmed that he's already been buying some stock back.

Berkshire Hathaway has been a major component of my personal portfolio for years. I love its collection of wholly owned subsidiary businesses like GEICO, BNSF Railroad, and dozens of others. I also love its massive stock portfolio with about four dozen different common stock investments, many of which were hand-selected by Warren Buffett himself. Because of this vast array of businesses and investments, I've said before that if I could only own one stock, it would be Berkshire, without question.

Not only is Berkshire one of my all-around favorite stocks in the market, but Buffett buying back shares tells us that it's trading for significantly less than its intrinsic value (as determined conservatively by both Buffett and Munger). Listening to Warren Buffett has been a pretty good bet over the years, and I'm inclined to agree with his assessment of Berkshire's stock here.