Please ensure Javascript is enabled for purposes of website accessibility
Log In Help Join The Motley Fool
Free Article Join Over 1 Million Premium Members And Get More In-Depth Stock Guidance and Research
By Lee Samaha - Updated May 21, 2018 at 6:04PM

Dan Loeb makes a strong case for a breakup, but the stock is a good value for the long term anyway.

In his letter to investors, Activist investor Dan Loeb said that his hedge fund, Third Point, initiated a "significant stake" in United Technologies Corporation (RTX 0.85%) in the fourth quarter of 2017 and that "Third Point did not invest in UTC for what it is today, but for what it could become." In a nutshell, Loeb's investment is based on a sum-of-the-parts analysis of the company that yields a valuation of around $190 to $210 per share, compared to the current price of $124. Loeb's view is that the best way to release the intrinsic value in the company is by breaking it up. Let's take a look at his arguments and judge whether they are valid or not. 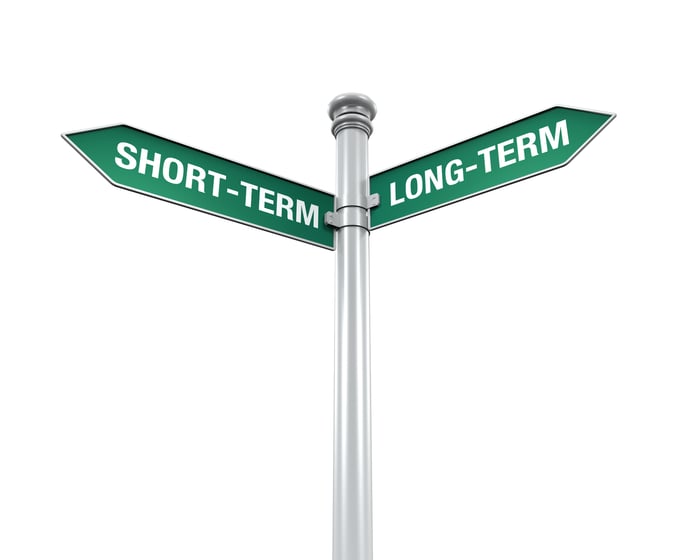 Whether you are thinking near term or long term, United Technologies is a good value. Image source: Getty Images.

The case for breaking up United Technologies

To this, I would add that there's a bewildering number of investment decisions you need to make before buying United Technologies stock right now. For example, you might be worried about growth in construction in China (Otis), or long-term prospects for aerospace suppliers against margin pressure from Boeing and Airbus (UTAS, Rockwell Collins) trying to cut costs or compete directly, or even margin pressure on air-conditioning products (CCS) from rising raw-material costs. All of which give you a good reason not to buy the stock.

Why it's a good case

Loeb points out that United Technologies' current valuation is lower than that of the peers of each of its separate businesses. As you can see below, KONE (for Otis); Allegion, Ingersoll-Rand, and Lennox (CCS); and TransDigm and Spirit AeroSystems (UTAS) all trade at a premium to their comparative United Technologies business. Meanwhile, Loeb argues that if UK aircraft engine manufacturer Rolls-Royce (a Pratt & Whitney peer) "were a subsidiary of UTC, it certainly would not be valued currently at $23 billion or 36 times forward P/E." United Technologies' forward P/E ratio is just 17.5. 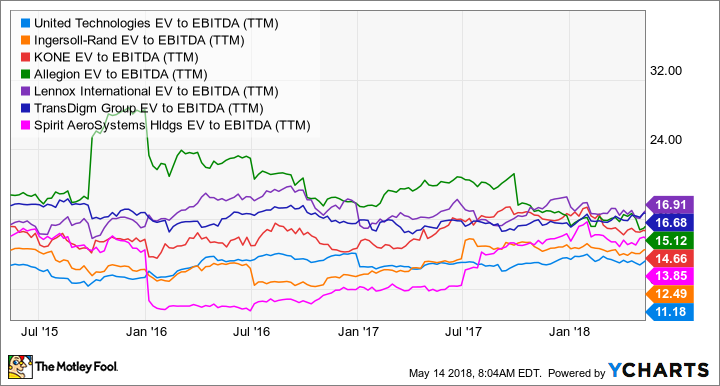 In addition, Loeb correctly cites the split of Fortive from Danaher (DHR 4.33%) as a good example of a company unlocking value. As you can see below, they currently trade on higher multiples than when they were part of a combined company. 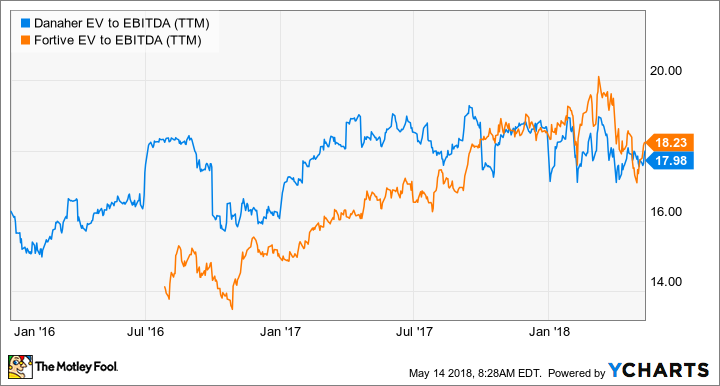 United Technologies is already looking at breaking up

If the idea of splitting up the company into three parts sounds familiar, it's because CEO Greg Hayes has already said that the board was looking at doing just that, and an update was promised by the end of the year.

Moreover, investors have reason to believe that this isn't just lip service from Hayes, because he has a recent history of demonstrating flexibility in the interests of shareholders. For example, one of the first things Hayes did as the newly appointed CEO at the end of 2014 was to declare that helicopter-maker Sikorsky wouldn't be sold, only to then reverse tack in 2015 and reach an agreement to sell Sikorsky to Lockheed Martin.

So is breaking up a good idea?

Yes, and the possibility of it happening is one reason why the best is yet to come for United Technologies. However, I would argue that the stock is worth buying even without a breakup. Here's why:

Third Point's argument focuses on the idea that Pratt & Whitney's key geared turbofan (GTF) isn't being appropriately valued as part of a combined multi-industrial company (see the third bulleted item above). Loeb may well be right, but here's the thing: All the company's segments have near-term earnings headwinds that are likely to clear in the future -- it's not just about how the market values GTF or Pratt & Whitney.

UTAS commercial original-equipment sales are likely to pick up as a raft of new aircraft programs from Boeing and Airbus gradually replaces legacy aircraft. Meanwhile, Otis' margin in China should improve in the coming years as the company increases its share of service agreements on its elevators in the country. Turning to CCS, its margin could improve as cost increases for raw materials start to abate, in line with previous cycles. And finally, GTF aftermarket revenue will kick in as more of them are used in the coming years.

Furthermore, the company is set to grow its earnings rate. Adjusted diluted earnings per share (EPS) of $6.65 in 2017 were flat compared to 2016, but analysts see EPS improving 6.3% this year, and then 10.2% in 2019. A breakup would help, but even without it, United Technologies is a good value. All that's needed is some patience from investors and for management to execute.