Honeywell International has already announced it will spin off two noncore businesses, while General Electric is set to undergo significant restructuring in the coming years. Now it's the turn of United Technologies Corp. (NYSE:RTX) to fall under the spotlight. 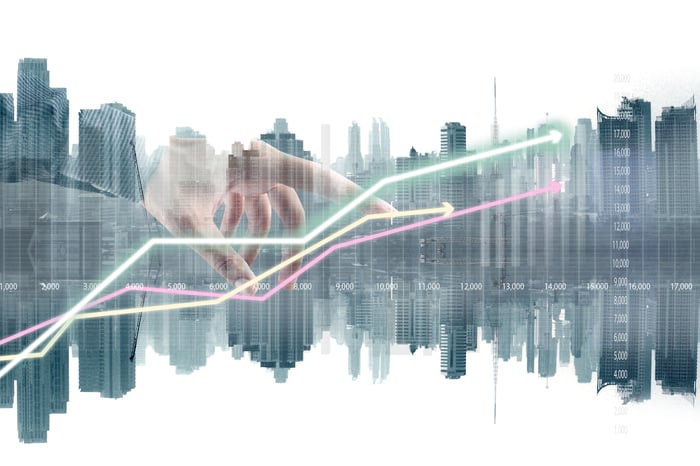 United Technologies' board is examining the feasibility of a breakup. Image source: Getty Images.

United Technologies to break up?

In truth, the possibility of a breakup is nothing new. After all, CEO Greg Hayes intimated he wanted to take a look at "strategic options" at the time the Rockwell Collins (NYSE:COL) deal was announced. However, his recent comments at the Barclays Industrial Select Conference suggested a heightened sense of urgency on the matter.

In a nutshell, Hayes told investors the board was considering breaking up the company into three parts. First is aerospace operations, which currently comprises UTC Aerospace Systems (UTAS) and Pratt & Whitney, and soon will include Rockwell Collins. Second is UTC Climate, Controls and Security (CCS). The third is Otis Elevator Company. Hayes promised investors an update by the end of the year, and indicated that the company will be able to pay off debt at a quicker rate, thanks to more advantageous environment for repatriating cash held overseas.

Breakup considerations make sense, because there are two strong arguments as to why the company is undervalued.

First, it's undervalued on a relative valuation basis. As you can see below, its peer and one-time merger partner Honeywell trades at a premium to United Technologies. Moreover, the stock trades at a discount to peers that compete with UTAS (Spirit AeroSystems), CCS (Ingersoll-Rand) and Otis (KONE). 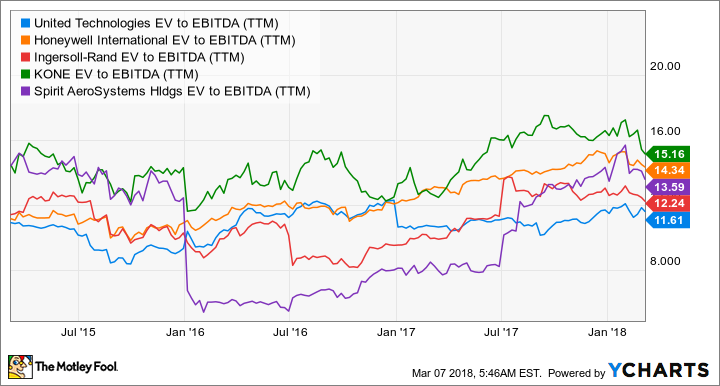 Second, the company is going through a period whereby three of its four segments -- namely UTAS, Otis, and Pratt & Whitney -- are seeing near-term earnings weakness as a result of actions taken to ensure long-term growth in earnings and cash flow. Consequently, the stock should actually trade at a premium to reflect the future growth prospects. In this context, United Technologies looks undervalued, and management is right to explore strategic options to maximize value for shareholders.

A SWOT analysis for United Technologies

Looking at the strengths, weaknesses, opportunities, and threats (SWOT) of each segment, we can see the multitude of risk-reward calculations an investor needs to make before buying United Technologies stock:

One solution, at least in terms of making things easier for those looking to invest in one of these themes or profit drivers, is to break up the company. The idea is that the separate companies would command a higher valuation than they would if they were lumped together.

As Hayes points out, there are potential dis-synergies associated with a breakup. For example, the segments currently have administrative and management functions in common, which would need to be replicated in each separate company. However, outside of the aerospace business (Pratt & Whitney, UTAS, and soon Rockwell Collins), the businesses have very little in common with each other on an operational basis; separating them is unlikely to create executive difficulties.

Where next for United Technologies?

With or without a breakup, the stock looks like a good value. However, a breakup makes sense and offers potential upside for the stock. So far, doubts over things like the GTF technical issues, or Otis' margin in China, seem to have held the stock back and given investors a reason to avoid it.

On the other hand, breaking up United Technologies could provide a more precise way to buy into the various investment themes embedded in the company. That's likely to be a good thing for investors thinking about buying shares.