Apple (NASDAQ:AAPL) recently unveiled its latest and greatest smartwatch, the Apple Watch Series 4, and Fitbit (NYSE:FIT) shares dropped in what seemed like a reflex action. At first look, this isn't surprising, as Cupertino is currently leading the wearables space and its latest offering is a clear indication that it will keep pushing the envelope to retain the crown.

Fitbit, on the other hand, is not in the best shape, as its wearables market share slid to 9.5% in the second quarter, compared to 12.8% a year ago, according to IDC. Apple's market share increased from 13% to 17% over the same period. So there's good reason for Fitbit investors to be fearful of Apple's new device, though a closer look suggests that they might be overreacting. 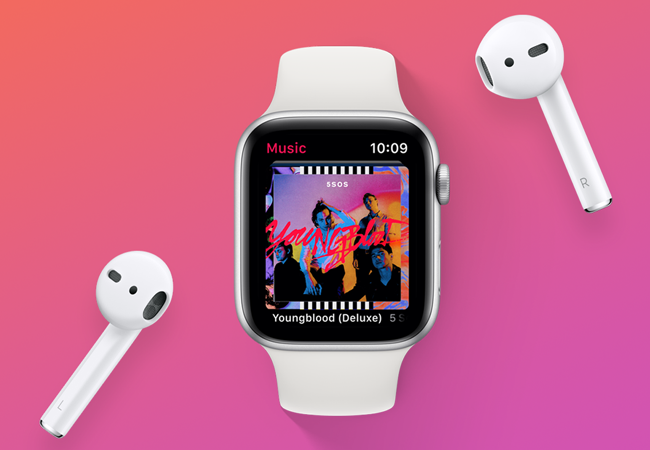 While it's true that Fitbit has been losing ground in the wearables space, we shouldn't forget that the company is busy pivoting its business. It didn't have any smartwatches for sale a year ago before the Ionic hit the market in October 2017, with fitness trackers accounting for 84% of its sales at that time.

Fitbit missed out when consumer preference first shifted from fitness trackers to smartwatches. This is where Apple gained, as Cupertino's first-generation smartwatch was launched back in September 2015. The iPhone maker's huge head start has propelled it to the top of the wearables market at Fitbit's expense, but the latter has been making smartwatch progress.

Smartwatches supplied 55% of Fitbit's revenue during the quarter ending in June, up from 30% of sales during the first quarter. The improving smartwatch mix propelled the company's top line nearly 21% sequentially, indicating that Fitbit's smartwatch bet is paying off.

The Apple Watch 4 comes equipped with LTE and a built-in GPS that the Versa lacks, and Cupertino has pushed the envelope this time, as the Apple Watch 4 has an FDA-cleared electrocardiogram feature, which measures your heart's electrical impulses and reports if things are normal or not.

But the Apple Watch 4 starts at $399, which is double the price of the Versa. What's more, Fitbit's premium Ionic smartwatch also is cheaper by $150 as compared to the Apple Watch 4. Additionally, Apple's wearables are known for having a shorter battery life. The Versa could last between three to five days, while Apple claims a battery life of up to 18 hours for its latest offering.

Fitbit smartly has placed itself as a cheaper alternative to the more premium Apple Watch. Moreover, Fitbit could soon update its lineup, as the Ionic was launched nearly a year ago, and this could boost its appeal going into the holiday season.

Fitbit doesn't need to be No. 1

Fitbit's smartwatch endeavor began just a year ago, and the company has done well in a short time as its product mix shows. It's currently third on the wearables ladder after Apple and Xiaomi, and it probably won't be able to catch the leader because there are more than 1 billion users in the iOS ecosystem worldwide.

Assuming that Fitbit sells 22 million smartwatches at the base price of $200 that it charges for the Versa, that would put sales close to $4.5 billion. That is triple what Fitbit has generated in the past year. Second place could be very lucrative.