Please ensure Javascript is enabled for purposes of website accessibility
Free Article Join Over 1 Million Premium Members And Get More In-Depth Stock Guidance and Research
By Adam Levy - Sep 25, 2018 at 10:00AM

Twitter ( TWTR -1.59% ) has shown double-digit daily active user growth on a percentage basis for seven straight quarters. What makes that more impressive is that Twitter has grown monthly active users just 2% since the first quarter of 2017, with a compound annual growth rate of just 3% over the last two years. Last quarter, Twitter saw a sequential decline in monthly active users, a repeat of the second quarter last year.

But even with practically no monthly active user growth, CFO Ned Segal is still confident Twitter can continue to deliver double-digit daily user growth. Should investors take his word for it?

A lot of room to improve

In Twitter's second-quarter letter to shareholders, management noted that the platform's DAU/MAU ratio is still "well below" 50%. To put that in perspective, Facebook's ( FB -0.32% ) DAU/MAU ratio is about 66%.

Facebook hasn't been able to surpass the 66% mark, but it's remained completely steady over the last few years. Twitter, meanwhile, has steadily increased its ratio, meaning a larger portion of users tune in daily, and Segal fully expects that trend to continue.

But Twitter has historically had a low DAU/MAU ratio. When the company filed its S-1 with the SEC, the company said it had 215 million monthly active users and 100 million daily users. That's a ratio of 46.5%.

At the company's analysts day in 2014, management said its DAU/MAU ratio in its top 20 markets was 48% through the first three quarters of the year. In the second quarter of 2015, that percentage fell to 44%. Management has repeatedly made comments about "stable" DAU/MAU ratios in its earnings call over the last few years.

While Twitter's DAU/MAU ratio is trending in the right direction, there's nothing to suggest it could reach levels comparable with Facebook. Facebook's 66% ratio is likely helped by including Messenger users as well as users who share content on Facebook via other apps. If history is any indication, Twitter will likely top out around 50%. Without any specific details, though, it's hard to tell how much room there is to grow. 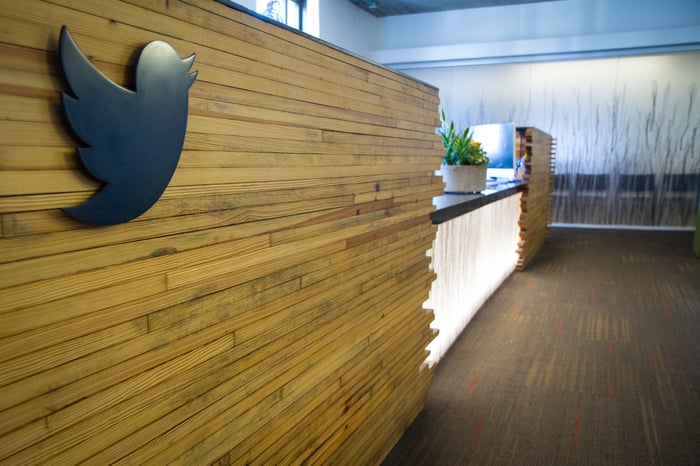 The top of the funnel is "strong"

Segal pointed out at a recent investor conference that Twitter still sees about 2 million people log into Twitter every day who haven't logged in within the last 30 days. One-third of those people are new users. He says that indicates people are still attracted to Twitter, and the company simply needs to do more to convert them into regular users.

Segal has been sharing that point for about a year now, and if you consider the big-picture implications of that data point, it's not a good sign for Twitter. That number implies that Twitter sees about 20 million new users per month, but with monthly active users relatively flat, it also implies that Twitter loses 20 million users per month. Despite the ability to attract users to the platform, Twitter isn't doing a good job at user retention, and despite a focus on that problem for a long time, Twitter hasn't shown meaningful progress.

With an unclear ability to continue growing DAU as a percentage of MAU and an inability to keep users from abandoning the platform, there's no telling when Twitter's uptick in daily user growth will come to a halt. Even if Twitter can exceed its historical ceiling on converting MAUs into DAUs, it can't keep growing without eventually showing improvements in monthly users. And it won't be able to do that unless it solves retention problems. Until management provides a meaningful update on improved user retention or shows a significant uptick in monthly users, investors shouldn't expect Twitter's double-digit daily user growth to last.