Please ensure Javascript is enabled for purposes of website accessibility
Log In Help Join The Motley Fool
Free Article Join Over 1 Million Premium Members And Get More In-Depth Stock Guidance and Research
By Daniel B. Kline - Updated Sep 25, 2018 at 3:21PM

The company is totally rebranding its business and shifting its focus.

"If it ain't broke, don't fix it" does not always work in the business world. Sometimes, it's important to make changes before things go wrong rather than riding out success and simply hoping that it lasts forever.

That's what Weight Watchers (WW 2.80%) has done as it embarks on a major revamp of its brand despite the fact that it has generally been performing very well under its old model. Essentially, the company plans a total reboot that includes changing its name to "WW" and building its business around the idea of "wellness" rather than purely weight loss.

"We are committed to always being the best weight management program on the planet, but now we're putting our decades of knowledge and expertise in behavioral science to work for an even greater mission," said CEO Mindy Grossman in a press release, continuing:

We are becoming the world's partner in wellness. No matter what your goal is -- to lose weight, eat healthier, move more, develop a positive mindset, or all of the above -- we will deliver science-based solutions that fit into people's lives. 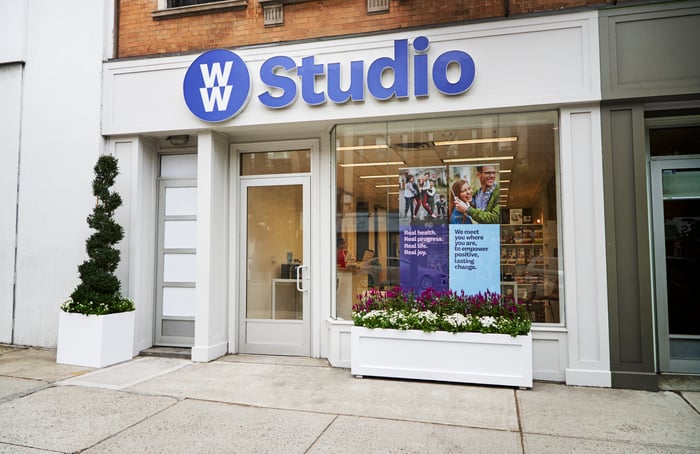 The company is revamping its identity. Image source: WW.

Why make a change?

In some ways, the company's significant gains over the last year and into the current year make it seem like an odd time to make a major shift. In reality, however, there may be no perfect time to switch a brand from what it has been to something closer to where the company sees the market going.

What is WW doing?

The newly named company now views itself as a "true partner in wellness." That means evolving beyond focusing on weight loss and in-person meetings to offer enhanced digital tools for tracking exercise, meals, activities, and yes, weight.

These app enhancements will be rolled out in phases beginning Oct. 4, and in many ways, WW has gamified its wellness program, dubbed "WellnessWins." Members will be rewarded for "small, everyday behaviors that are proven to lead to healthier habits," earning "wins" for tracking their behaviors and doing things like attending what the company calls "WW Wellness Workshops." Wins will work as a sort of currency to claim "exclusive products, services, and experiences."

WW also plans to overhaul its "FitPoints" system so it focuses on encouraging choices that have the most impact on health and wellness.

"The new FitPoints will be personalized to each individual within the WW app -- based on their height, weight, age and sex -- so members know exactly what each activity is worth to them," the company wrote.

Is this good for investors?

Weight Watchers, or WW as it's now known, is attempting to broaden its audience. Existing customers likely won't care what the name is and while weight won't be the core emphasis, losing weight remains a key part of overall wellness.

This is an abrupt move, but it's one that keeps the company from becoming a brand with an aging audience with limited appeal to younger consumers. Wellness is about overall health more than aesthetics. That's a concept more in line with how younger people view the world, and it's a brand that can evolve as the market does.