Shares of Ascena Retail Group, Inc. (OTC:ASNA) were moving higher today after the parent of brands including Ann Taylor and Lane Bryant posted a better-than-expected earnings report in its fourth quarter as the company swung to a profit and showed off solid comparable sales growth. As a result, the stock was up 12.2% as of 3:08 p.m. EDT. 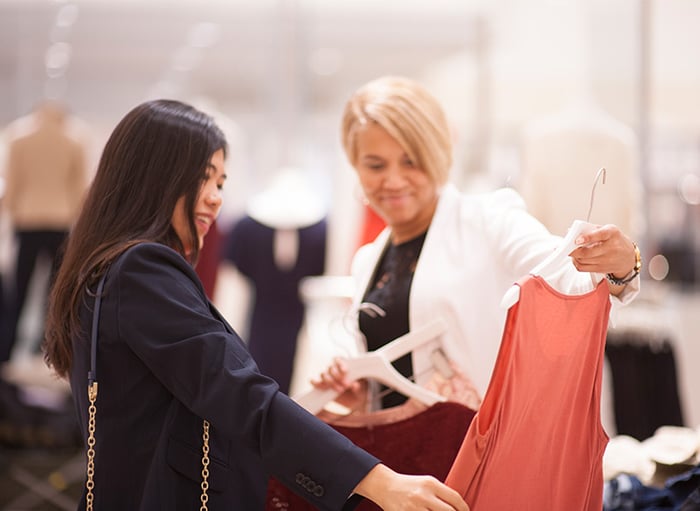 Comparable sales increased 4% in the period as the company seemed to benefit from a rising tide in the retail industry and better inventory decisions. It was Ascena's first comp sales increase since the second quarter of fiscal 2015, and comps improved sequentially at all seven of its brands. Only dressbarn saw a comparable sales decline, with the key figure down 5%, and Justice, its kids brand, saw comps jump 15%, though that might be partially due to a shift in the calendar adding a week of back-to-school sales for the quarter. Overall revenue increased 6.5% to $1.77 billion, well ahead of estimates at $1.62 billion.

On the bottom line, adjusted earnings per share increased from $0.05 to $0.07, beating expectations at $0.05, though inflationary expenses and higher performance-based compensation ate into the improving leverage from the comp sales increase.

CEO David Jaffe said, "While we were pleased with progress for the quarter, it represents only the first step in our road back to realizing Ascena's full earnings potential. We continue to make good progress across the three pillars of our Change for Growth transformation program. We remain on track to achieve $300 million in annual run rate savings by July 2019."

Ascena shares have now doubled year to date as the company seems to be emerging from a long decline. With nearly 5,000 retail stores, Ascena is still arguably undervalued at its current market cap under $1 billion, valuing each of its stores at just around $200,000.

Looking ahead, management's outlook calls for momentum to continue as it sees low-single-digit comparable sales for the current fiscal year and operating income of $120 million to $140 million, up from $34.3 million, or an adjusted total of $112.5 million. It also sees net sales of $6.45 billion to $6.55 billion, ahead of the analyst consensus at $6.42 billion.

If the retail environment remains strong and Ascena keeps topping its own guidance, the stock could have a lot more room to run from here.