Dividend stocks are the cornerstones to most retirement portfolios. By investing your money in established stalwarts, you might not get market-thumping results, but you have reliable streams of income to provide for you in your golden years.

Two of the most popular stocks for such portfolios are Coca-Cola (NYSE:KO) and Verizon (NYSE:VZ). And the stocks have been true to form: They are both lagging the S&P 500 -- even after accounting for dividends -- by wide margins over the past five years. At the same time, they have provided billions in dividends for their investors.

For many retirees, that's a worthy trade-off. But if you're building out your retirement portfolio today, which of these two is the better bet? 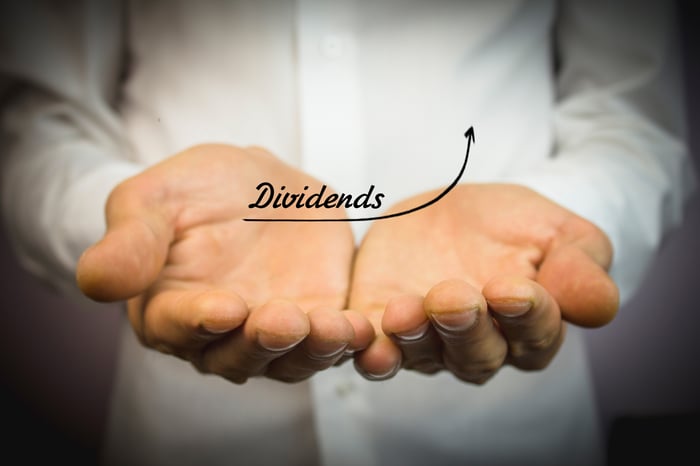 Of course, that question can't be answered with 100% certainty -- but it can be examined through three different lenses.

What we want to know here is simple: If another major financial crisis hit today, how bad would the damage be? Companies with lots of cash have flexibility in times of stress, while debt-heavy companies are often forced to make choices that maximize short-term survival while taking away from long-term opportunities.

Keeping in mind that Verizon's market cap is roughly 14% larger than Coke's, here's how the two stack up.

This should hardly be surprising. Verizon has a boatload of debt -- but that's par for the course when it comes to telecom companies. There are enormous upfront costs associated with building and maintaining the infrastructure (read: phone lines, cables, towers, etc.) necessary to be a nationwide provider. This is balanced out with prodigious free cash.

Coke, on the other hand, doesn't need to invest nearly as much money to keep churning out a profit. That's why its net cash position is so much better -- currently sitting at $16 billion. While that means a trade-off for lower free cash flow, there's little doubt in my mind that Coke -- as far as the balance sheet is concerned -- would have more flexibility to take advantage of a financial crisis than Verizon.

Next we have valuation. When we talk about valuation among dividend-paying stocks, that also means investigating the size and sustainability of each company's dividend.

Here, the script is flipped: Verizon is not only demonstrably cheaper on every single valuation metric (P/E, P/FCF, and PEG ratio), it also has a larger and more sustainable dividend.

As it stands, Coke's payout is in danger of being stagnant for years to come if it doesn't somehow improve its free-cash-flow situation. Over the past 12 months, the dividend has eaten up almost one-and-a-half times what the company has brought in from free cash flow.

While not exactly a bargain-basement price, Verizon's stock is fairly priced with a dividend that's not in imminent danger of being cut any time soon.

By splitting the first two categories, the company with the stronger competitive advantage -- or moat -- will emerge victorious.

Coke's primary advantage comes from the power of its brand. According to Forbes, it is the world's sixth-most valuable, at $57 billion. And the company is more than just its namesake drink; it also owns Dasani water, Powerade, Odwalla juices, and many others. It also recently made a foray into cannabis-infused drinks.

Verizon, on the other hand, benefits from a number of moats. Like Coke, it has a powerful brand -- ranked by Forbes as the 19th most valuable, worth $31 billion. But unlike Verizon, it also benefits from high switching costs from multiyear contracts for its smartphone services, and through its FiOS high-speed Internet offerings. Years of building out its nationwide network have also led to lower internal costs for serving its customers than the competition. The about-to-launch 5G network will be the most recent fruit of that multiyear labor.

When you combine this strength with the fact that the value of Coke's brand is likely to diminish in the face of changing consumer tastes -- thanks, millennials! -- I think we have a clear winner.

So, there you have it: While Coke might have a stronger balance sheet, Verizon's valuation combined with its wider-moat business makes it the winner of this match-up. If you're looking for a dividend-stalwart to add to your own retirement portfolio, I think Verizon is an excellent place to start.

Having said that, I'm not willing to give either company an "outperform" rating on my own CAPS profile. That's because I don't think either one will offer market-beating performance moving forward. As I said, that's a trade-off retirees should be willing to make. But if you still have decades to save and invest before retirement, neither of these stocks will provide huge boosts to your nest egg.