An activist investor has big plans to remake the company's board.

As Campbell Soup (CPB -1.61%) squares off against activist investor Daniel Loeb, it could turn out to be a very acrimonious battle. Fights for corporate control are rarely prim affairs, but will things get personal in this case? The New York Post says that, according to two unnamed sources, Loeb has "suggested" he has "damaging information" on descendants of a Campbell founder who are still involved in the business.

Taking the board to task

Campbell Soup announced in May that it was undertaking a strategic review of its business, which had Loeb calling in an Aug. 9 filing with the SEC for Campbell to sell the company as it was "the only justifiable outcome" the process could result in. There were reports Kraft Heinz and General Mills might be interested, but no offers materialized. 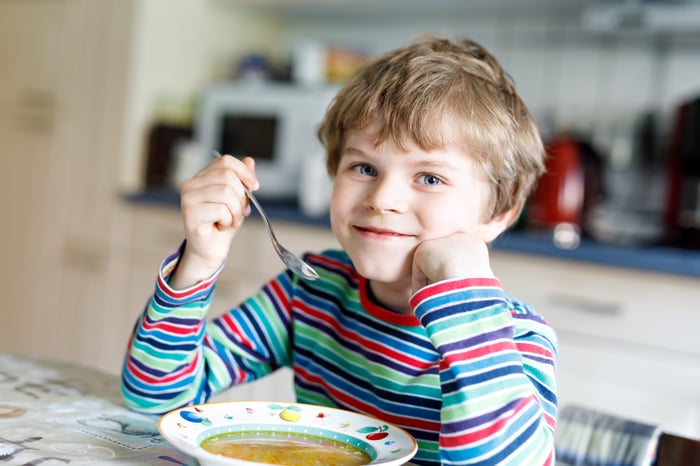 Loeb said that the board had mismanaged succession planning at the company after then-CEO Denise Morrison abruptly resigned on the same day Campbell released its earnings report, which showed another quarter of poor performance, and there was no one lined up to replace her. Campbell is currently being run on an interim basis by board member Keith McLoughlin while a search for a new CEO is being conducted.

Loeb also berated the board for what he termed "years of abysmal oversight" that led to management missteps, poor operating performance, and a number of bad acquisitions that have put Campbell in a protracted downward spiral. He said that the soup maker's stock still trades where it did two decades ago, but now it's saddled with an enormous debt load that limits its ability to take corrective action. At the end of July, Campbell had about $8 billion in long-term debt and less than $2.3 billion in current assets.

Taking the board over

Campbell completed its strategic review last month and decided that rather than sell itself, it would instead sell off its international operations and fresh foods division while pursuing a turnaround for the remaining business. That didn't sit well with Loeb, who wrote the directors to say that while his Third Point LLC normally seeks to gain just a few seats on a board, in Campbell's case the board's "persistent failure to discharge its fiduciary duties" gives it few options but to replace the entire board with its own slate of candidates.

Loeb has named George Strawbridge, a descendant of the Campbell founder who invented condensed soup, as someone who shares Third Point's views and has nominated him to the board. Strawbridge served on the Campbell board for 21 years. The nominees also include former Hostess Brands CEO William Toler and Kurt Schmidt, the former director and CEO of Blue Buffalo.

Ousting entire boards is not easy, and this is harder still because family members own 40% of Campbell's stock, which might explain why rumor has it Loeb is willing to get his hands dirty with the proxy fight.

The New York Post highlighted one board member -- another descendant of the Campbell exec who invented condensed soup and went on to own the company -- who might be a particular target of the billionaire investor's ire. Bennett Dorrance owns over 15% of Campbell stock. He is 72 and, at that age, board policy would normally prohibit him from standing for election, however, the board waived its age policy for Dorrance as "Mr. Dorrance’s status as a [descendant] of the Company’s founder and a significant shareholder give Mr. Dorrance unique capabilities as a director."

(According to a Wall Street Journal article, Strawbridge is 80. According to Bloomberg data, Toler is 58 and Schmidt is 61.)

Dorrance's stock holdings have raised interest because Dorrance pledged 14 million shares to banks as collateral for loans. Most U.S. companies prohibit or limit an executive's ability to pledge stock because share prices can fall if the pledged shares are subject to a margin call or otherwise sold under duress. The New York Post reported that Campbell said Bennett Dorrance retains voting control of all his shares, but the report said sources said Loeb might highlight Dorrance's pledge of the shares to question his suitability as a board member.

So far the dirt that Loeb is implied to have about descendants of the Campbell founder remains unseen, though if it surfaces, that could make for an ugly proxy battle.

Editor's note: The Campbell debt figure included in this article has been corrected.