Wednesday was a relatively calm day on Wall Street until the last few minutes of the trading session, as major market benchmarks didn't initially respond in dramatic fashion to much-anticipated news on the interest rate front. As expected, monetary policy from the Federal Reserve remained consistent with the trajectory the central bank has followed for more than a year, and the target on short-term rates climbed by a quarter point to a new range of between 2% and 2.25%. That's good news for savers, but investors seemed to see mixed implications for companies in different sectors, and a late-day sell-off sent the Dow Jones Industrial Average down more than 100 points. Some stocks also responded negatively to more specific news affecting their businesses. Southwestern Energy (NYSE:SWN), Teva Pharmaceutical Industries (NYSE:TEVA), and Chegg (NYSE:CHGG) were among the worst performers on the day. Here's why they did so poorly.

Shares of Southwestern Energy declined 10% after the natural gas production specialist got some downbeat comments from major Wall Street analysts. Morgan Stanley cut its price target on Southwestern by 50% to just $3 per share, as part of a broader expression of skepticism about the prospects for the entire natural gas complex. Analysts believe that natural gas prices are likely to fall further, because rising crude oil prices will spur greater well production with the side effect of boosting supplies of natural gas. Morgan Stanley's call is interesting in that its analysts had increased their price target from $5 to $6 per share just earlier this month, but changing conditions in the fast-moving energy industry require quick responses from those watching the space. 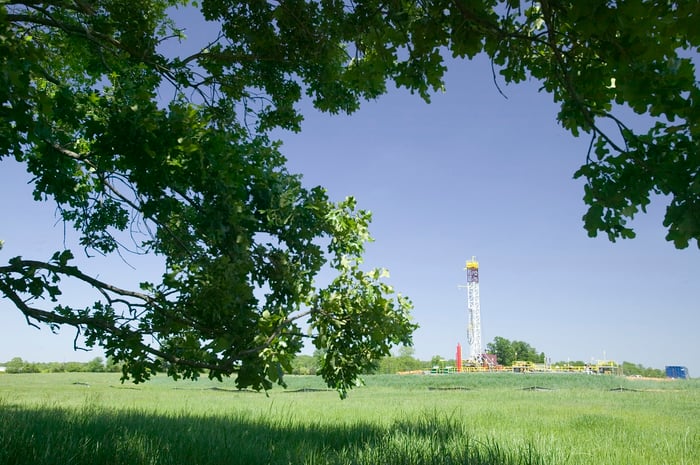 Teva Pharmaceutical Industries stock dropped nearly 6%, giving back more ground after a recent surge over the past month. Teva had risen sharply as value investors like Warren Buffett have looked closely at the maker of generic drugs as a smart play on overall growth in the healthcare industry. Yet the company has to deal with competition for its proprietary drugs as well, and some attributed today's drop to trial data on a potential competitor to its multiple sclerosis drug Copaxone. With so many players in pharma and biotech, Teva has to fight consistently to keep its leadership position in the space.

Finally, shares of Chegg sank 12%. The provider of online textbook rentals and tutorial services revealed late yesterday in an SEC filing that a cyberattack back in April had resulted in the loss of confidentiality of names, email addresses, shipping addresses, and passwords for more than 40 million users. Chegg tried to reassure users that more sensitive information, such as Social Security numbers and credit card information, wasn't part of the breach. However, consumers' willingness to put up with companies that take inadequate measures to prevent data breaches has decreased significantly, and investors worry that Chegg could lose business as a result of the incident.