There isn't a lot of interest on Wall Street for these out-of-favor stocks, but here's why you should consider them.

Wall Street moves in mysterious ways. Great companies can sell for bargain-basement prices while questionable ones can sell at the most absurd premiums because of some unfulfilled promise. For investors with a long-term mind-set, though, Wall Street's manic approach to stocks can work to your advantage, especially when those great companies are out of favor.

We asked three of our Motley Fool contributors to each highlight a stock that has fallen out of favor among the Wall Street crowd but that investors should consider. Here's why they picked Cleveland-Cliffs (CLF -0.14%), Tencent Holdings (TCEHY -0.08%), and Teva Pharmaceutical Industries (TEVA 0.47%). 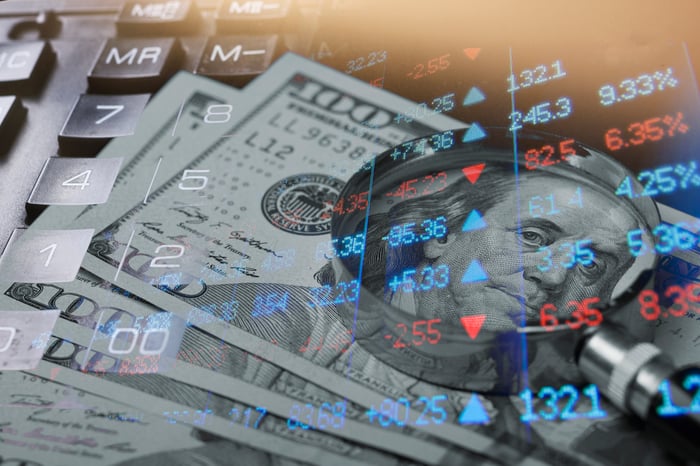 Tyler Crowe (Cleveland-Cliffs): It has been several years since Wall Street walked away from Cleveland-Cliffs, and for good reason. At the time, the company was on the brink of bankruptcy as its previous management team had spent egregious amounts of money on acquisitions at the top of the Chinese commodity boom. With the company sporting a massive debt pile and several unprofitable business segments, private equity got involved and installed current CEO Lourenco Goncalves.

That management change has made all the difference for the company, but Wall Street has barely noticed. Over the past several years, Cleveland-Cliffs' current management has shed unprofitable businesses, drastically trimmed its debt load, and established a long-term strategy of leveraging its advantages in the North American iron ore business to become a consistently profitable business. Those moves have translated into a company generating enough cash from operations that it has reestablished a dividend and even started buying back its own stock.

Sure, shares of Cleveland-Cliffs are up considerably over the past year, but they are coming off extreme lows and its stock still trades at less than three times earnings. With global iron ore prices on the rise stemming from several mine closures in Brazil, Cleveland-Cliffs stock looks like a steal that Wall Street will eventually rediscover. Until then, it should be on your radar.

Check out the latest earnings call transcripts for Cleveland-Cliffs, Teva Pharmaceutical Industries, and other companies we cover.

Brian Stoffel (Tencent Holdings): I wouldn't quite say that Wall Street has "given up" on Tencent, but it clearly isn't giving it the same type of respect that it would if it wasn't located in China.

Think about it: The company has one of the largest, most comprehensive social media tools in the world in WeChat. It is the world's largest video game company. And it has a payment option that is being rapidly adopted in China.

It's true that the gaming unit has been hampered by government regulations recently -- and investors are understandably wary of putting their money into a country where the government has total control of everything. And Tencent does, after all, have a market cap of over $400 billion.

But I still think there's a lot of pessimism priced into the stock. It is expected to earn roughly $1.50 per share next year -- today's price represents a forward P/E of 30. That might not sound cheap, but consider that once the gaming division stabilizes, the ad load on WeChat's Moments tool starts picking up, and the growth of WePay/Tenpay continues, we could see revenue growth reaccelerate over the next 12 months. 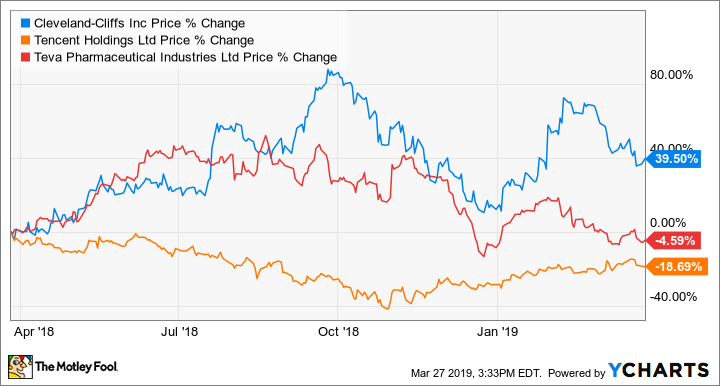 There's nothing generic about this deeply discounted drug stock

Sean Williams (Teva Pharmaceutical Industries): There are few stocks out there that are more universally disliked by Wall Street than generic and brand-name drugmaker Teva Pharmaceutical. Then again, few companies are as inexpensive on a forward profit basis as Teva.

Make no mistake about it, Teva has had a rocky road over the past two years. To quickly summarize:

But for everything that's gone wrong, Wall Street has overlooked a number of competitive advantages or improvements.

For instance, Teva is the largest generic-drug company in the world. As such, it's in prime position to benefit as the global population grows older, especially in the United States. The high cost of brand-name prescription medicines is likely to drive baby boomers to generics over the next two-plus decades. That means an uptick in demand and, presumably, pricing power for Teva. Generic-drug pricing has been particularly weak in recent quarters, but this appears unlikely to last for a long period of time.

The company has also done a solid job of reducing its net debt, which stood at more than $34 billion at its peak. Removing its once-lofty dividend, selling its women's health division for more than $2 billion (a higher price than was expected), and utilizing its healthy operating cash flow, Teva has reduced its net debt to just over $27 billion. The work isn't over, but with between $2 billion and $3 billion in annual operating cash flow, Teva has the tools to continue whittling away its debt.

At just six times next year's estimated earnings, Teva is about as cheap now as it's been in at least a decade, if not longer. It's certainly not going to rebound to its highs overnight, but patient investors with an eye for deeply discounted value should do well with Teva Pharmaceutical.

Why Cleveland-Cliffs Stock Jumped as Much as 18% Today
413%