Furthermore, buying Versace will strengthen Kors' presence in Europe -- where Michael Kors has been struggling with revenue declines -- and Asia, where it's generating stronger sales from a growing middle class. It's also arguably a smarter strategy than buying back shares, which Kors repeatedly did prior to buying Jimmy Choo. However, Kors' takeover of Versace also raises new questions about its future. Let's examine the four main challenges Kors could face after buying the iconic Italian brand.

Versace generated revenue of 686 million euros ($806 million) in 2017, according to Bloomberg, up from 669 million euros a year earlier. It also swung to a modest profit of 15 million euros after having lost money in 2016.

Versace's growth looks sluggish, but Michael Kors believes that it can grow the brand's sales to $2 billion. That would significantly boost Kors' annual revenue, which is expected to rise 9% to $5.1 billion this year. 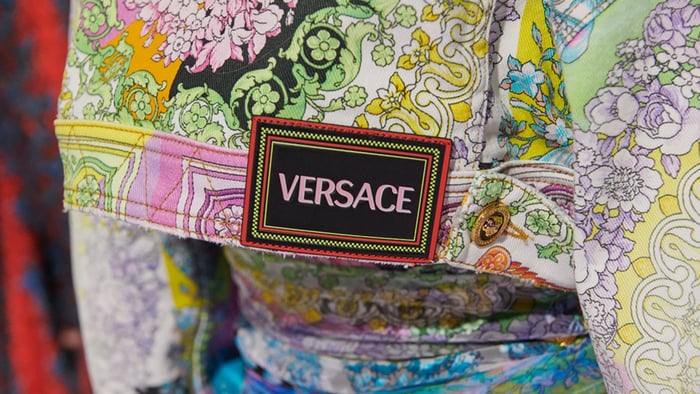 Kors plans to hit that lofty target in part by expanding Versace's retail footprint from around 200 stores to roughly 300 stores. Industry bankers recently told CNBC that Versace was "under-invested" in the American market. Kors also expects 60% of Versace's revenue to come from footwear and accessories, compared to about 35% today.

This plan sounds promising, but it will also cause Kors' operating expenses to rise. That's bad news for its operating margin, which only recently rebounded after a multiyear decline. 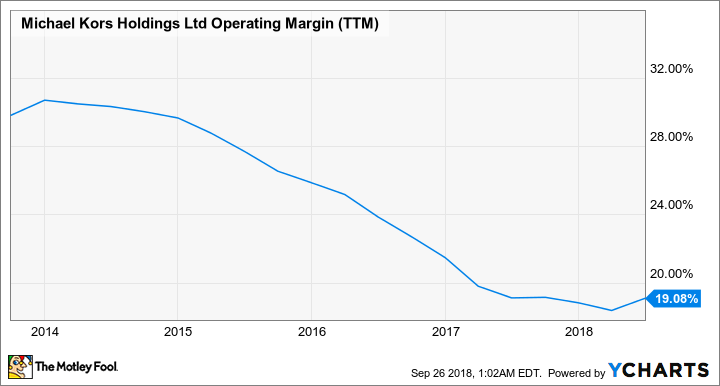 Aside from 150 million euros to be paid in stock, Kors plans to fund the $2.1 billion Versace deal with cash on hand, drawings from its revolving credit facilities, and new underwritten bank term loans. Kors finished last quarter with just $170 million in cash and equivalents, compared to $274 million a year earlier. It also had $821 million of debt.

The Versace deal will significantly reduce Kors' cash and increase its debt, but the company generated $925 million in free cash flow over the past 12 months -- so it shouldn't break the bank. However, the tables could turn if Kors' sales decelerate as interest rates rise.

Versace's sales growth has stalled out because it faces a lot of competition across the high-end luxury market. LVMH, the biggest luxury company in the world, owns dozens of fashion houses including Louis Vuitton, Loewe, Fendi, Christian Dior, and Marc Jacobs. LVMH's total revenue rose 13% in 2017.

Another major rival is Kering, which owns Gucci, Yves Saint Laurent, Balenciaga, Alexander McQueen, and Bottega Veneta. Kering's luxury brand revenue rose a whopping 30% last year. Kors will need to significantly increase its spending on new products and marketing campaigns for Versace if it wants the brand to pull shoppers away from these rival fashion houses.

Michael Kors' takeover of Versace makes strategic sense. However, its plans to build the fashion house into a $2 billion brand seem expensive and overly ambitious. Kors could easily run into trouble as it expands the brand against LVMH and Kering, which dominate entire sections of high-end department stores with their brands. That's probably why Kors' stock barely budged on the news.