Outsourcing and consulting giant Accenture (NYSE:ACN) reported fourth-quarter results early Thursday morning. The company exceeded its own guidance targets across the board, but set the bar for the next year at a more modest level. Here's a closer look at Accenture's results and forward-looking targets. 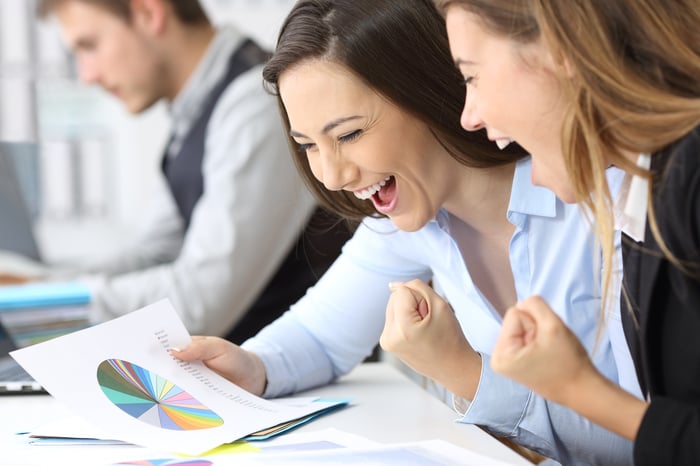 In a conference call with analysts, CEO Pierre Nanterme explained how the company takes lessons from its consulting business and applies them to its own business plans:

... we're spending $700 million in R&D at Accenture. Their job is to anticipate the next waves, and putting them in incubation in what we call in-strategy growth initiatives. So, we incubate. We're starting to test business models. When we're getting to a level of maturity, and we see the opportunity to scale and create an impact with clients, then we industrialize, and move to the big business of Accenture. So, we learn about this process of incubation to industrialization.

Management took a conservative approach to its full-year guidance targets this time. CFO David Rowland described the global macroeconomy as "incrementally more volatile than it was last year at the same point in time," due to trade wars and the specter of a potential "hard Brexit." Easing these tensions would presumably allow Accenture to beat these sales targets.