New Age Beverages Corp. (NASDAQ:NBEV), the latest pot stock to catch the fancy of speculators, has treated investors to some pretty wild price swings. The stock nearly quadrupled last week, only to shed a third of its value this week through Thursday's close. The stock was rallying higher on Friday morning to close out the week, but take those gains as confirmation that Volatility is going to replace Age as this company's middle name.

The stock's surge in terms of share price and trading volume over the past two weeks has been the result of buzz building for a new line of cannabidiol-infused beverages that it will unveil at a convenience store expo next week. New Age Beverages isn't the only company working on CBD beverages, but since it's a stock with a thin float and historically low trading volume, it didn't take much in terms of trader interest to turn this legitimate beverage company into a speculative roller coaster. 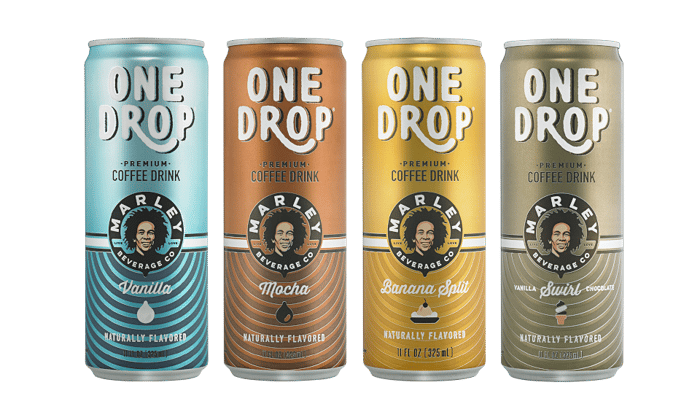 It was actually a couple of weeks earlier that New Age Beverages announced that it was testing its CBD-infused functional beverages in marijuana-friendly Colorado. The comments were made at the Liolios Gateway Conference, but it wasn't until a few days later that a couple analysts began to talk up the stock's prospects. The press release that set the rally in motion is important, but this was a speculative stock that had been hiding in plain sight since the early-September conference.

The ups and downs will continue, but an important takeaway is that there's a real company that's already selling a growing line of canned and bottled beverages here. New Age Beverages has made three significant acquisitions since the summer of 2016 to arm itself with functional coffee, tea, and sparkling coconut water beverages. You might not have seen Xing teas, Coco Libre sparkling coconut water, Aspen Pure probiotic water, Bucha Live Kombucha sparkling kombucha tea, and a wide line of Bob Marley–licensed refreshments in the wild, but they do exist -- and they are selling. New Age Beverages generated $52.2 million in sales last year.

Growth has been an issue with its existing portfolio of products. Revenue has declined slightly through the first half of the year. However, just the fact that it actually has distribution partners and outlets in place gives it a leg up in rolling out CBD-infused products and setting up meetings with retailers during the upcoming North American Convenience Store show in Las Vegas.

Deals or a lack thereof stemming from the conference -- which runs from Oct. 7 through Oct. 10 -- will shape the stock's movements in the days ahead. More analysts will weigh in if the market for cannabis-inspired beverages in general and New Age Beverages in particular expands. Volatility will continue, and the only certainty is that where the stock is now won't be where it is a month or a few months from now. Its existing line of functional beverages might provide a floor well below where the stock is at the moment, but now it's up to convenience store operators to dictate the ceiling.