On Wednesday, the U.S. House of Representatives passed a Federal Aviation Administration (FAA) reauthorization bill. While the bill mainly deals with funding, the massive document also includes a provision that would require the FAA to set minimum regulations for the size of airplane seats to ensure that they are safe.

Consumer advocates have been calling for regulations of this sort for a long time. Ultra-low-cost carriers like Spirit Airlines (NYSE:SAVE) potentially have the most to lose, as they use tighter seating configurations than other carriers. Yet this bill doesn't pose much of a threat to budget airlines -- because there is ample evidence that their seating configurations are safe.

Travelers are unhappy with shrinking seats

Over the past several decades -- and particularly since the Great Recession -- there has been something of a "race to the bottom" in terms of airplane seating. U.S. airlines are desperate to reduce their unit costs and increase unit revenue to break out of the cycle of bankruptcies that have plagued the industry for most of the four decades since deregulation.

Reducing seat pitch -- the distance between rows -- allows airlines to fit more seats on each plane, reducing unit costs. It can also potentially boost unit revenue by enabling carriers to charge a premium for extra-legroom seats. Average seat pitch in the U.S. has fallen from 35 inches to 31 inches since deregulation began. Spirit Airlines offers just 28 inches of pitch in most rows. Air travelers have been frustrated about this trend for years. In some cases, shrinking legroom has contributed to air rage incidents.

More recently, some groups have raised safety concerns related to shrinking airline seats. They argue that Americans are getting larger even as airplane cabins become more cramped -- and that this could potentially lead to disaster by slowing down emergency evacuations.

There are strict standards in place

Critics of the FAA argue that the demonstrations aren't very realistic, claiming that participants are physically fit -- more so than the overall population -- and that they aren't panicked. Indeed, it's true that there's no way to fully simulate the panic passengers would feel in a real emergency.

Nevertheless, there is a ton of evidence showing that seat size doesn't impact how long it takes to evacuate a plane. Videos submitted to the FAA of full-scale evacuation demonstrations by Airbus and Boeing on airplanes with Spirit Airlines-like seating configurations clearly show that the emergency exits and aisles are the chokepoints limiting the speed of an evacuation.

This isn't very surprising. On a typical narrow-body aircraft, only three people have to get out of each row on either side of the aisle. By contrast, dozens must go through each emergency exit. As a result, there's a lot of standing around at the beginning of each evacuation. Passengers get out of their seats and into the aisles long before the line to the exit starts moving.

Obviously, there is some theoretical point at which airplane seats would be too close together to allow a safe evacuation. However, even budget carriers like Spirit Airlines are far from that point. A U.K. regulation from 1989 prescribed a minimum seat pitch of 26 inches for safety reasons: a full two inches less than what the least generous U.S. airlines provide.

That's not to say emergency evacuations are as safe as they could be. A much more salient issue is that in a typical evacuation, some passengers ignore crewmembers' instructions and try to bring their carry-on bags. At best, this slows the pace of the evacuation. At worst, a carry-on bag could get jammed in an emergency exit or could puncture an escape slide, exacerbating a disaster. 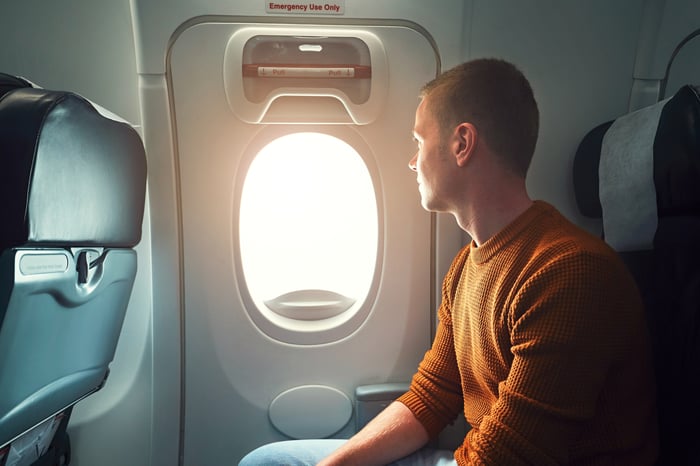 Stricter enforcement and penalties for passengers who put others in danger by trying to evacuate with carry-on bags could mitigate this problem. An even better solution might be a system that removes the temptation by automatically locking the overhead bins during an evacuation.

By contrast, tightly packed seats may be uncomfortable, but there's no evidence that they create safety issues.

Potential regulation of airplane seat sizes has been on Congress' agenda repeatedly in recent years, but it has never become a reality. It still might not happen, as the Senate has yet to vote on the FAA reauthorization bill and could remove the relevant provisions.

However, even if Congress does require the FAA to draw up regulations on seat size, they are unlikely to affect Spirit Airlines and its peers. Numerous demonstrations have shown that seat pitch would have to be significantly less than 28 inches to interfere in an emergency evacuation.