Generation Z (16- to 24-year-olds) is considered America's first "digitally native" generation. These younger Americans frequently use mobile apps and social networks, but they mostly avoid Facebook (NASDAQ:FB), which is more popular with millennials.

Last year, a Piper Jaffray survey found that only 9% of teens considered Facebook their preferred social media platform. The vast majority preferred Snap's (NYSE:SNAP) Snapchat, as well as Instagram, which is owned by Facebook.

A large number of Gen Zers are also devoted to Alphabet's (NASDAQ:GOOG) (NASDAQ:GOOGL) YouTube, which is technically a social network. Last year, an AdWeek survey by Defy Media found that 50% of Gen Zers couldn't "live without" YouTube. A more recent survey by VidMob revealed that more than half of Gen Zers had increased their usage of YouTube, Snapchat, and Instagram over the past year. 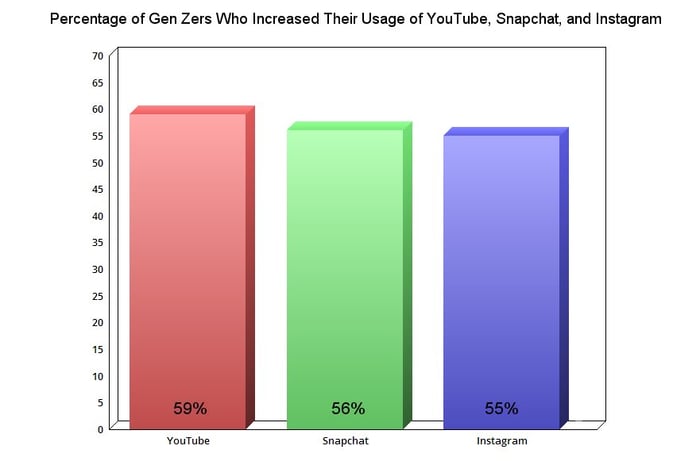 These numbers indicate that Facebook and Google should retain their duopoly on digital ads in America. That's why eMarketer expects those two companies to control 57.7% of the U.S. digital advertising market this year. However, the figures also suggest that Snap -- which has been struggling with slowing user growth -- isn't down for the count just yet.