Some stocks are cheap for good reason. The companies they represent could be close to collapse or just stuck in a long holding pattern with no clear path back to profitable growth.

On the flip side of that coin, some stocks trade at bargain prices due to temporary setbacks or outright misunderstandings. Finding these hidden winners before the rest of the market recognizes the pricing error is a great way to build wealth.

But how do you separate the winners from the losers? One way is to call in some expert help. So we asked a few contributors here at the Motley Fool to share their analyses of some ridiculously mispriced bargain tickers.

Read on to see why our panelists can't keep their eyes off of Dentsply Sirona (NASDAQ:XRAY),  Party City (NYSE:PRTY), and International Business  Machines (NYSE:IBM) these days. 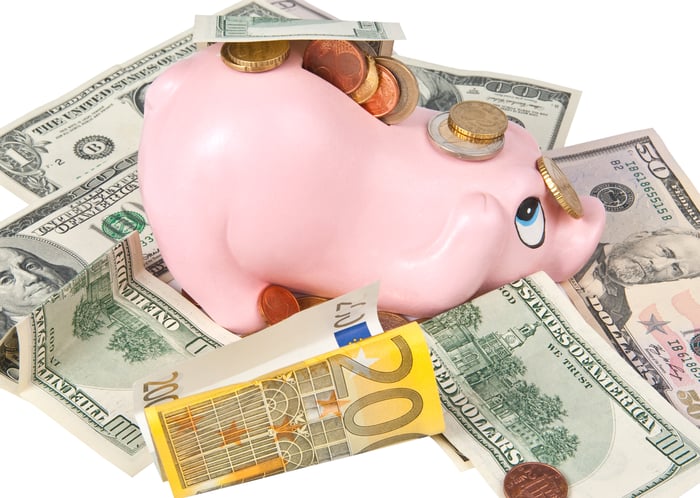 No smiles after this merger

Brian Feroldi (Dentsply Sirona): The dental supply business is normally a boring but highly predictable industry. Unfortunately, that fact hasn't helped investors in Dentsply Sirona at all this year. Shareholders of this business have been forced to weather a 40% drop in the stock price since the start of the year.

What can explain such a horrendous move for a predictable business? The answer is that the company is having huge problems digesting a massive acquisition. A few years ago, Dentsply paid $5.5 billion in stock to buy Sirona and became one of the largest suppliers of professional dental products in the world. The idea was that increased scale and cross-selling would create a business that was more valuable than the sum of its parts.

Unfortunately, things haven't exactly gone according to plan. Management has struggled to realize the expected synergies from the deal and has been forced to book a couple billion-dollar write-offs. More recently, the company even had to reduce its adjusted full-year profit guidance by 20%.

As you'd expect, management has made promises to take action to correct the situation. The company's plan calls for margin improvements and expense control in an effort to return the bottom line to growth starting in 2019.

It's anyone's guess on how long it will take the company to return to bottom-line growth, but if you believe that management's turnaround plan will work, then shares could be a bargain today. The stock is only trading for about 16 times next year's earnings estimates -- which is quite cheap when compared to historic multiples -- and shares pay out a modest dividend of just under 1%.

If you're a bargain hunter at heart, then Dentsply Sirona might be worthy of a closer look.

Anders Bylund (Party City): The party supplies retailer has beaten the Street's earnings estimates in all three of the earnings reports it has published in 2018. In the latest report, earnings spiked 43% higher year over year. The company is trying out new ideas such as an online Amazon.com (NASDAQ:AMZN) storefront for this Halloween season and planning more than 50 pop-up toy stores for Christmas.

Yes, Party City gets some of its wares from Chinese sources. Yes, some of these products fall under the Trump administration's new tariff plans. But the same holds true for Party City's competitors -- and the company actually expects the tariff games to play in its favor in some categories. For example, Party City manufactures paper cups and paper plates in the U.S. and can thus provide these products tariff-free, while some of its rivals can't. Overall, CEO Jim Harrison expects to win some and lose some, resulting in an insignificant tariff impact either way.

So Party City's stock is on sale for all the wrong reasons. Those tariffs probably won't hurt this company at all thanks to a diversified product-sourcing strategy. This could be a great time to start a position in Party City at ridiculously cheap share prices.

Tim Green (International Business Machines): Many tech stocks have soared over the past few years. IBM is not one of them. If you had bought shares of the century-old tech company at the start of 2011, you'd be staring at just about the same stock price today. If you had bought in early 2013, you'd be nursing a nearly 30% loss.

IBM has been shifting its business toward growth areas including cloud computing, artificial intelligence, cybersecurity, and blockchain. This transition has been painful -- revenue only recently began growing again after a five-year decline. And profits are well below their peak.

This chronic underperformance has created a bargain that's too good to pass up. IBM stock trades for around 11 times the company's guidance for full-year earnings, and earnings are likely to grow as margins begin to improve. A 4.1% dividend yield is icing on the cake.

Paying 11 times earnings for an average company might not be all that appealing. But IBM is not an average company. IBM's decades-long customer relationships and entrenched status in certain industries give it key competitive advantages that won't easily be undone. Those relationships are yielding multiyear, multitechnology deals that cover everything from cloud software to quantum computing.

IBM stock won't recover until the company can convince the market that it can grow revenue and earnings consistently. Pessimism is still running high, so that process might take a while. For patient value investors, IBM is a stock to own.