At around $91 per share, Yum! Brands (NYSE:YUM) has recently eclipsed its all-time high, and the stock continues to edge upward, setting new highs almost daily. The stock has proven volatile, dipping more than 10% twice after setting new records this year. So should investors rush to the exits while the stock is up?

Few actions could be more ill-advised than to sell a stock that's running higher while the business is performing well and has bright prospects. Yum! is not faring perfectly, but it's doing enough of the right things, and its potential opportunity stretches over the next couple decades and across the globe. 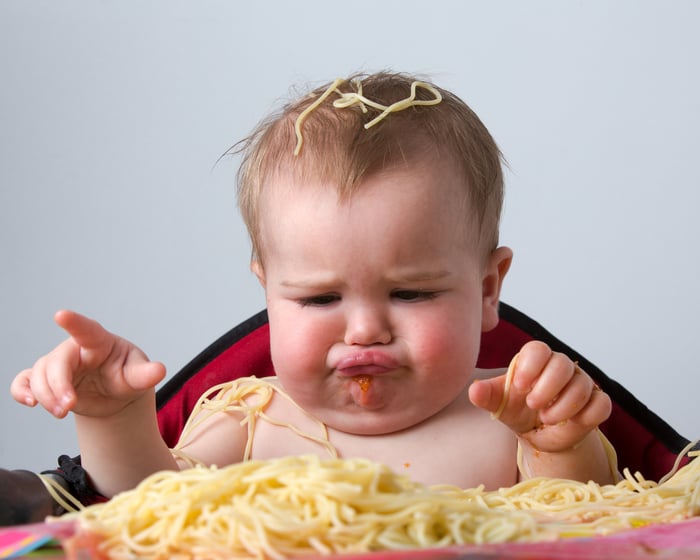 It's important to remember that Yum! Brands is a much different business from what you see at your local Taco Bell, KFC, or Pizza Hut, the brands it owns. Yum! doesn't operate more than a handful of its actual restaurants, but it owns the brands behind them. That business model is what makes the company such a compelling investment, and why the stock is worth holding for years and years.

Unlike a physical product, a franchise brand can be sold over and over again, so margins are incredibly high. Yum!'s brands require little capital expenditure, and the company lets third-party operators put up the cash to build stores. That means almost all cash flow can be used for other purposes, including dividends and stock repurchases, both of which Yum! does in great measure. Yum! sells the brand and collects a franchise fee for years, creating a delicious stream of recurring revenue.

Yum!'s model stands in stark contrast to that of Yum China Holdings (NYSE:YUMC), which it spun off in 2016. Yum China is a classic owner-operator, serving customers every day and focusing on operations to make sure profit stays high. Meanwhile, parent Yum! Brands cashes royalty checks based on a percentage of revenue with barely any capital investment. In fact, one of the key reasons for the spinoff was to jettison a China unit that needed hundreds of millions of dollars annually to grow its store footprint. While I think Yum! is the more attractive company, Yum China has been the subject of acquisition talks of its own due to the immense opportunity it offers there.

With its solid cash flow, Yum! buys back a lot of stock, but it also amps up those buybacks by borrowing money, piling debt on the back of this highly attractive business. It's reasonable to expect repurchases to reduce share count by 3% to 4% annually, though over the last year the company has retired a whopping 7.5% of its stock. It's a financial tactic also used to great effect by Domino's Pizza (NYSE:DPZ). In both cases, the buybacks increase the size of the remaining slices of the shareholder pie.

While Yum! runs a very attractive business, it's not without its weak points. The biggest for now is Pizza Hut: It's been flailing against Domino's, which has effectively used social media to make sure a pizza is always only a click away. In fact, more than 60% of Domino's orders in the U.S. are placed digitally. Over the last four quarters, Pizza Hut has put up same-store sales of 1%, 1%, 1%, and -1% in the U.S. It's a completely flat performance, and more so when you compare it to Domino's franchises, which recorded same-store sales north of 7% in three out of four quarters last year.

While Pizza Hut has been challenged for some time and gets all the negative headlines, KFC and Taco Bell continue to perform solidly, if not quite as spectacularly as Domino's. While investors may now be down on the company's recent performance, KFC and Taco Bell still represent immense opportunities around the world. KFC is planning a massive build-out in China on the back of Yum! China, as well as major growth in India.

Meanwhile, Taco Bell is effectively an American domestic chain, and has only taken its first few steps outside its home country. KFC and Taco Bell, even if they've saturated the U.S. with locations, will be two huge growth avenues internationally for at least a couple of decades.

Stay the course for Yum!

With a strong business model and solid execution, Yum! Brands should be an excellent holding in any portfolio for years, if not decades. Stock repurchases and strong performance should help lead the company to mid-teens gains over the long term. In fact, just two months ago Yum! increased its repurchase authorization by another $2 billion, allowing it to repurchase up to $2.3 billion, or nearly 8%, of the stock through 2019. That's one reason I have little interest in selling shares. And I look forward to the company's next earnings report at the end of the month.