Helios and Matheson Analytics (OTC:HMNY) investors have had an exciting week -- and it's not even Friday yet. On Wednesday, shares of the MoviePass majority shareholder literally quadrupled in price, from $0.01 per share to $0.04.

Today, however, they're giving most of those gains back, tumbling to just a hair over $0.02 per share as of 1 p.m. EDT -- still a big gain from earlier in the week but close to a 50% drop on the day and a big letdown for any investors who might have hoped MoviePass was finding its momentum again. 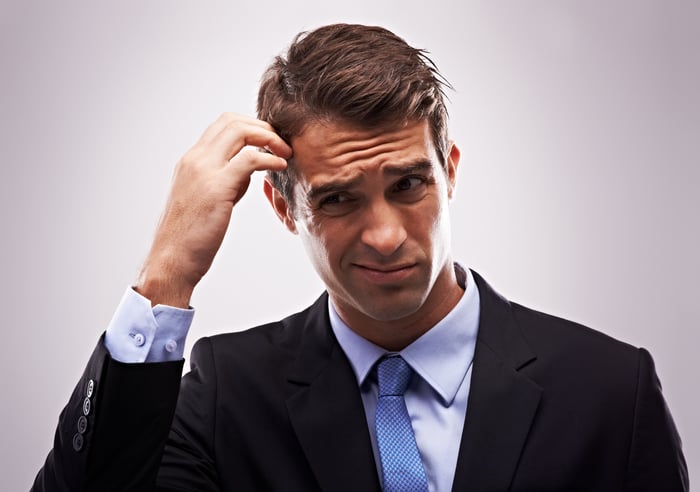 So why are Helios shares down today? To answer that, you have to first know why Helios stock popped yesterday.

The reason for that was that on Wednesday, Bloomberg quoted Helios and Matheson CEO Ted Farnsworth as saying that Helios had secured "$65 million in new funding last month" -- a statement Helios has since confirmed.

On the surface, that sounds like great news. However, no further details regarding the funding were revealed -- in particular, no details on what Helios had to give up to obtain it. If, for example, Helios sold enough shares to raise the funds, well, $65 million times a penny a share might imply as many as 6.5 billion new shares now in circulation, essentially wiping out the equity value of any shares already owned by investors. That risk alone might explain today's sell-off, as investors mull the implications of Farnsworth's revelation.

Alternatively, if Helios took out a loan for $65 million, then that loan would eventually need to be repaid. Unless Helios turns suddenly profitable so as to be able to repay it, therefore, a loan brings with it bankruptcy risk.