Battered shares of General Electric Company (NYSE:GE) -- down 48% over the past 52 weeks -- enjoyed a brief but much-welcomed reprieve Friday, recovering more than 5% of their value in early trading (before retracing to book about a 2.6% gain as of 12:45 p.m. EDT).

The reason: The terms of employment for GE's new CEO have just been released, and in them, there's significant incentive for the new chief executive to recover everything GE has lost over the past year -- and then some. 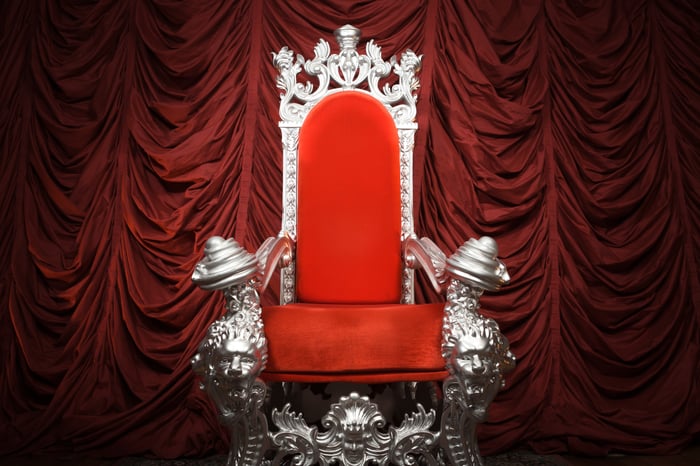 GE's CEO chair has a new occupant -- and his financial future is tied to his performance. Image source: Getty Images.

TheFly.com has a great summary of the details here. To start off with, new General Electric CEO H. Lawrence Culp Jr. is going to collect a paycheck of just $2.5 million -- not at all an unreasonable sum for the boss of as high-profile a company as GE. He could potentially earn a bonus of up to 150% of that salary, plus as much as $15 million worth of equity awards.

The really big prize, though, is that if Culp succeeds in fixing GE to the extent that its stock rises from 50% to 150%, he will be eligible for a one-time reward of from 2.5 million to 7.5 million GE shares. But if he delivers stock gains of less than 50%, then he gets zero shares.

As Bloomberg commented, "Nearly 90% of [the CEO's] annual pay will be at risk." On the other hand, this is a huge inducement for Culp to perform for his shareholders -- a reward valued at as much as $200 million over and above his ordinary salary.

Now all he has to do is earn it.