Stocks fell slightly last week, the first trading week of the fourth quarter. But both the Dow Jones Industrial Average (DJINDICES:^DJI) and the wider S&P 500 (SNPINDEX:^GSPC) remain near record territory, up about 7% so far this year: 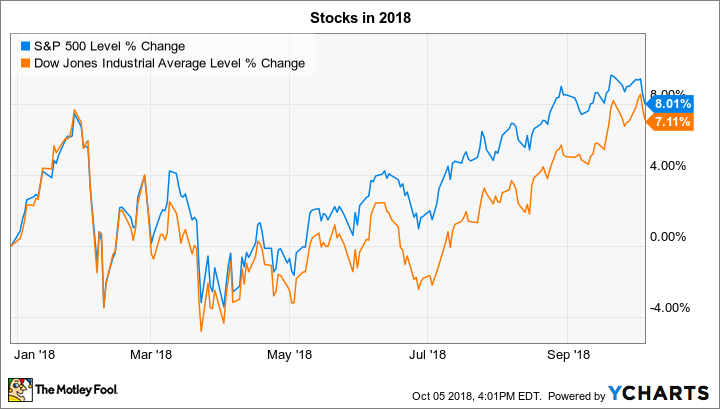 Earnings reports could drive extra volatility for shareholders of Fastenal (NASDAQ:FAST), Walgreens Boots Alliance (NASDAQ:WBA), and Wells Fargo (NYSE:WFC) over the next few trading days. Here are a few trends to watch for in these reports.

Construction parts and services specialist Fastenal will announce its third-quarter results before the market opens on Wednesday. The stock jumped immediately following its last quarterly release, which paired a healthy 13% sales boost with steady bottom line profitability. Fastenal has been benefiting from strong demand in the manufacturing sector, and most investors are expecting those trends to keep revenue expanding at a low double-digit rate this quarter.

Fastenal's profit performance will be a key focus in this week's report, given that gross margin dipped last quarter. We'll find out on Wednesday if the company was better able to pass along rising input costs and higher wage expenses. Investors should also get an update on management's cost cutting program that has protected operating profitability this year, despite pricing pressures that have hurt gross margin.

Investors are cautious heading into Walgreens Boots Alliance's fourth-quarter report, due out on Thursday morning. Shares are trailing the broader market so far this year as Wall Street tries to balance the prospects for healthy sales and profit growth against risks of disrupting competition in the pharmacy industry. 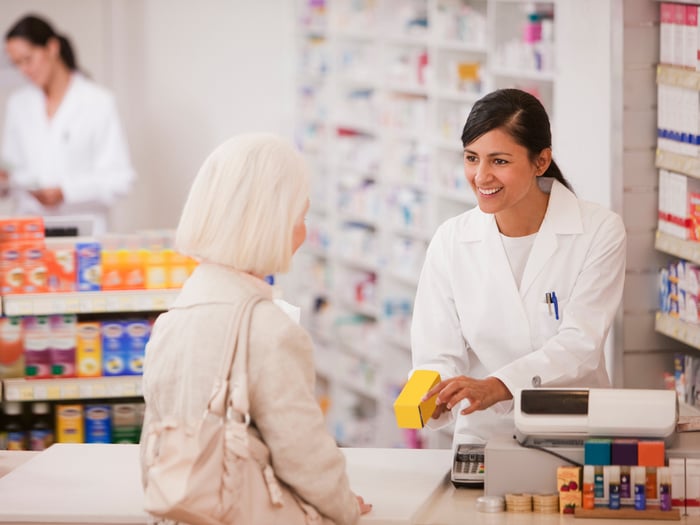 Walgreens' management team has placed itself firmly on the optimistic side of that equation, having recently announced an aggressive stock repurchase program whose results CEO Stefano Pessina said "demonstrate our confidence in future business performance and...our focus on driving long-term shareholder value."

Pessina and his team said in late June that fiscal 2018 earnings should land between $5.90 per share and $6.05 per share. But investors will be more focused on Walgreens' outlook for the new fiscal year, and whether it implies a return to comparable-store sales growth at its pharmacy and retailing divisions.

Several of the country's biggest financial giants will post earnings results on Friday, but investors are especially interested in Wells Fargo's business update. The banking giant issued mostly disappointing figures back in July, as revenue was pulled lower by a declining loan portfolio. Wells Fargo also took a large tax charge that pushed net income to $5.2 billion from $5.5 billion in the year-ago period.

Investors will be looking for evidence that the bank has made progress putting recent scandals behind it, including the fake-accounts debacle that ultimately led to a management shake up. CEO Tim Sloan and his team are hoping to show progress at recovering from that, and more recent challenges, by returning its consumer loan portfolio to modest growth over the next few quarters.

Meanwhile, investors should see evidence of aggressive stock repurchase spending in Friday's report, which Wells Fargo will continue now that the Federal Reserve has approved its plans for higher direct capital returns. That's good news for shareholders, but the stock isn't likely to reverse its recent weak performance compared to rivals until the bank can show improvements in key metrics including return on assets, capital efficiency, and loan deposit levels.